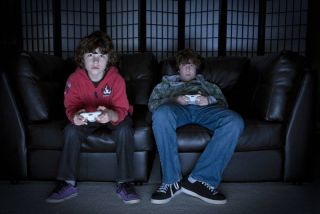 A young man in New Zealand developed life-threatening blood clots in his leg after four days of playing PlayStation games, according to a report of his case. Perhaps playing video games, which involves sitting still for long periods of time, should be added to the list of ways people may increase their risk of deep vein thrombosis (DVT), the doctors who treated the man said.

DVT is a dangerous and sometimes deadly condition, because blood clots that sometimes develop within leg veins can break off, travel through the bloodstream and block an artery bringing blood to a lung, a condition called pulmonary embolism.

Usually, DVT strikes when people are immobilized for too long — for example, during a long car ride or a plane trip. It also happens after an injury or surgery that requires bed rest, said Dr. Michael Go, an assistant professor of vascular surgery The Ohio State University, who wasn't involved with the video gamer's case.

At the time of the case, the 31-year-old painter was on vacation, spending eight hours each day sitting on his bed with his legs outstretched playing PlayStation games, according to the case report, which was published Oct. 8 in the Journal of Medical Case Reports.

On the second day, he developed pain and swelling in left leg, but despite increasing discomfort, the man continued to play video games for two more days. When he finally went to the hospital because of the pain and swelling, the doctors identified clots in multiple areas of the man's leg veins, and gave him medications that dissolved the clots, according to the report. [Related: 9 Odd Ways Your Tech Devices May Injure You]

In terms of DVT risk, playing video games for a long, uninterrupted time is no different than a plane ride, Go said. "It keeps you still, and if you're still for a long period of time, that might increase the risk for blood clots."

People should take breaks from sitting and walk around every two to three hours, drink enough water and do regular leg exercise if they have to sit for a long time, Go told LiveScience.

Other risk factors for developing DVT include smoking, obesity, heart disease and cancer. In the United States, it is estimated that 300,000 to 600,000 people develop DVT or pulmonary embolism each year, and that 60,000 to 100,000 people die as a result, according to the Centers for Disease Control and Prevention.

The link between prolonged sitting and thrombosis was identified during the bombing of London in World War II, when a doctor reported deaths from pulmonary embolism in people spending hours sitting in chairs in air-raid shelters, according to the case report.

With air travel becoming more common, doctors at the time referred to thrombosis after sitting on long flights as "economy class syndrome." Then came the term "E-thrombosis," when it was recognized that sitting at a computer could lead to DVT, and now, there's "gamer's thrombosis," as the doctors in the new report call it.

Thrombosis has previously caused deaths in some cases of gamers, the doctors noted, including a 20-year-old Xbox player in the U.K. who spent 12 hours a day online and died in 2011.

With the growing popularity of video games, the number of similar cases is likely to increase, the doctors said, and the risk is likely to be higher in extreme gamers, who spend 48.5 hours a week playing games, on average. These gamers represent 4 percent of the total U.S. gaming population, according to market research reports.