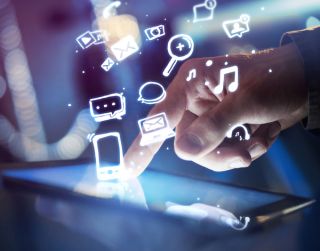 Computers and phones have made life easier for most of us, but perhaps harder for an unlucky few. Technology-related injuries, ranging from irritating neck and shoulder pain to fatal accidents, are the flip side of gadgets that are generally helpful. Some of these injuries come on suddenly, while others, such as those caused by doing repeated tasks, take a long time to develop.   And the number of cases are growing. A national study published in 2009 in the American Journal of Preventive Medicine found that sudden computer-related injuries are rising rapidly in the United States, and that young children are most affected. Researchers have documented cases of tech-related injuries in medical journals, and sometimes have to give newly discovered conditions names, some of which are rather creative. Here are nine odd injuries caused by everyday gadgets:

It is unlucky to get struck by lightning, and it’s even unluckier when that happens while holding an electrical object. In one such incident, a 15-year-old girl was hit by lightning while using her phone in a large park in London. She went into cardiac arrest, and had to be resuscitated. She also lost her hearing on the side she was holding the phone due to damage to her eardrum. When lightning strikes a person, the electrical current generally flows over the skin without entering the body, because of the high electrical resistance of human skin. This phenomenon is called flashover. However, holding a metallic object against the skin disrupts the flashover, and may result in internal injury, the doctors who treated the teenager wrote in the case report.

This newly identified skin disorder named after the PlayStation is caused by holding the console for too tightly for a long time.

"PlayStation palmar hidradenitis," or PlayStation rash, was first diagnosed in a 12-year-old girl in Switzerland. She had developed painful lesions on her palms and nowhere else on her body. After questioning, the doctors discovered that just before the lumps appeared, the girl had been playing a game on her PlayStation for several hours daily.

"The tight and continuous grasping of the hand-grips, together with repeated pushing of the buttons produce minor but continuous trauma to the (palm) surfaces," Vincent Piguet and colleagues at University Hospitals and Medical School of Geneva reported in the British Journal of Dermatology in 2009.

A spokesman for Sony Computer Entertainment Europe Ltd, the PlayStation's maker, defended the product, saying the injury involved one person, while hundreds of millions of people use these devices.

"As with any leisure pursuit there are possible consequences of not following common sense, health advice and guidelines, as can be found within our instruction manuals," a Sony spokesman said at the time.

As virtually all gamers have likely repeatedly seen in on-screen warnings, a small percentage of people may experience seizures or blackouts when watching certain light patterns on a TV screen, or in video games.

About 1 in 100 people have epilepsy, and 3 to 5 percent of people who have the condition have a photosensitive form of it. It’s not known what causes epilepsy, but abnormal wiring of the brain or imbalance in brain’s signaling chemicals are thought to have a role.

There’s no cure for most types of epilepsy. People who have photosensitive epilepsy should avoid any regular moving patterns or flickering lights that might trigger the condition.

Such seizure-triggering visual patterns can also be found in places other than games and TV, such as the visual alarming system of emergency vehicles and strobe lighting in dance clubs, although they may be becoming less common.

When people use their hands or arms in certain repeated motions, such as toggling the BlackBerry ball or sweeping an iPad’s screen for a long time, they can gradually injure their muscles, tendons and nerves. The resulting painful conditions are collectively known as repetitive strain injuries (RSI).

One of the most severe types of RSI is carpal tunnel syndrome, in which there is excessive pressure on a nerve within the wrist. The symptoms are pain, numbness and muscle damage in the hand and fingers. People with severe cases of the syndrome need surgery to fix the problem. Trigger finger is another RSI condition, in which the tendons become inflamed and fingers get stuck in a bent position. Some people with RSIs can develop masses under the skin called ganglion cysts. These swellings form on top of joints in the wrists, hands and feet, and are full of sticky, jellylike fluid. They can be removed with surgery, or left alone. Conditions in which the patient complains of pain and yet the doctors can’t find anything wrong are called diffuse RSIs.

People who use a computer for more than two hours a day may develop computer vision syndrome (CVS).  CVS refers to a group of eye problems that result from prolonged computer use. Most commonly, people experience eyestrain, headaches, blurred vision and dry eyes. Although temporary for most people, these conditions can be very disturbing, especially if they occur every day. CVS is caused because of high visual demands of computer viewing. The eyes need to work harder, and are usually at closer distances to the computer screen as they are in other viewing situations. The American Optometric Association says CVS affects 70 percent of those who work on their computers for at least two hours each day. Doctors recommend that people ward off CVS by placing the screen about 4 or 5 inches below eye level, and 20 to 28 inches away from the eyes. Anti-glare screens and proper lighting may be useful in reducing eye problems.

Despite its simple look, the inside of a power adaptor is quite sophisticated. Nevertheless, professionals have proved that most devices can be reverse engineered in a matter of days, built and sold for a lower price.

While most third-party chargers are probably safe, there have been reports of people experiencing electric shocks caused by malfunctioning counterfeit chargers.

In a recent case, a Chinese woman was electrocuted and died when using her phone that was plugged in with a counterfeit charger, according to news reports.

It is possible that some manufacturers of counterfeit goods may not implement all the safety measures used in real chargers in order to bring down the cost.

People who use their cellphones for long periods of time may have higher risk of developing persistent ringing in the ear, a condition known as tinnitus, some studies have suggested, while others have debated the link. In one study, published in 2010 in the journal Occupational and Environmental Medicine, researchers looked at 100 people with chronic tinnitus and 100 without the condition, and asked them a variety of questions about their cellphone use. They found that people who used cellphones intensely and for more than four years were twice as likely to develop tinnitus. However, two earlier studies did not find a link between phone usage and tinnitus. Another study concluded that people who believe they are sensitive to electromagnetic fields are more likely to develop tinnitus, and the duration of their cellphone use does not matter. People with tinnitus hear meaningless sounds in the absence of an external sound. It’s not clear what causes tinnitus, and the disorder is very difficult to treat. About 10 to 20 percent of people experience some degree of tinnitus, according to epidemiological studies. While many learn to ignore the sounds, in about 1 in 100 adults, the condition becomes so severe that it interferes with their daily life.

Headphones may be one of the few remaining escapes from the noise around us today, but they are not an escape from accidents. Studies have shown the number of traffic accidents involving pedestrians wearing headphones are growing. A review of accidents reported in national news reports as well as injury databases between 2004 and 2011 found 116 accident cases in which pedestrians were injured while using headphones. In 70 percent of these accidents, the pedestrian died. The majority of victims were male and under 30 years old. More than half of the accidents were caused by trains, and nearly one-third of the vehicles reported sounding some type of warning horn before the crash, according to the study published in the journal Injury Prevention in 2012.

Injuries that have been reported by people playing Wii games include head injuries, shoulder dislocations and bone fractures. In medical literature, physicians call these injuries “Wiiitis” or “Nintendinitis.”