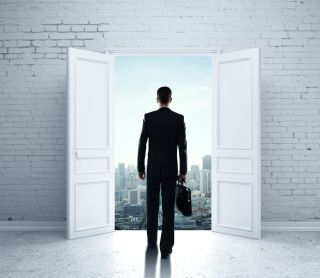 Déjà vu, the eerie suspicion that you've seen or done something before, is experienced by more than 70 percent of people at some point.
(Image: © Kenneth Man | Shutterstock.com)

French for "already seen," déjà vu has been under investigation for years by scientists, who have yet to offer a complete explanation for the phenomenon, though it's reportedly experienced by more than 70 percent of people at some point.

Recent research, however, has yielded some clues into what causes déjà vu. It seems to occur equally among men and women and across races, according to a 2003 study from the Journal of Nervous and Mental Disease, but déjà vu happens more often in people ages 15 to 25. [10 Odd Facts About the Brain]

That fact has led some experts to believe déjà vu may be linked to neurotransmitters like dopamine, which are found in higher levels in teenagers and young adults — a hypothesis that gained traction after the peculiar case of a healthy 39-year-old man came to light.

The man — a doctor by profession — was fighting the flu by taking amantadine and phenylpropanolamine, two drugs known to increase dopamine activity in the brain. Within 24 hours of starting the drugs, he reported intense, recurrent episodes of déjà vu.

This case study, published in 2001 in the Journal of Clinical Neuroscience, reported that once the doctor stopped taking the drugs, his déjà vu also disappeared.

Another insight into the causes of déjà vu comes from studies of epilepsy. There is a strong and consistent link between déjà vu and the seizures that occur in people with medial temporal lobe epilepsy, a type of epilepsy that affects the brain's hippocampus.

The hippocampus plays a key role in managing short- and long-term memories. People with medial temporal lobe epilepsy "consistently experience déjà vu at the onset of their seizures," according to a 2012 report in the medical journal Neuropsychologia.

This phenomenon has led some experts to propose that déjà vu, like an epileptic seizure, may be the result of a neural misfiring, during which neurons in the brain transmit signals at random and cause healthy people to experience a false sense of remembered familiarity.

Because déjà vu is such a fleeting event — most occurrences last no longer than a matter of seconds — it's proved frustratingly difficult to study. But cognitive psychologist Anne Cleary of Colorado State University in Fort Collins has found a way to induce déjà vu using virtual reality.

Cleary and her colleagues created 128 3D virtual-reality scenes of a town they called "Deja-ville" using the game "The Sims 2." The images were paired, with a courtyard that had a potted tree in the center, for example, matched with a similar museum gallery with a statue in the center.

When volunteers exploring Deja-ville entered the second room, they reported feelings of déjà vu, but they weren't able to connect that feeling to the time they spent exploring the first room. "People do have an increased sense of déjà vu when the scene has a similar layout, but they're failing to recall the source of that familiarity," Cleary told Smithsonian magazine.

Déjà vu may be related to some other phenomena that are equally challenging for scientists to explain. Jamais vu, or "never seen," occurs when a person experiences something familiar — like their own living room — but feels that they've never been there before.

And déjà entendu ("already heard") occurs when someone is certain they've heard something before, like a snippet of conversation or a musical phrase, but cannot recall the precise time or place.