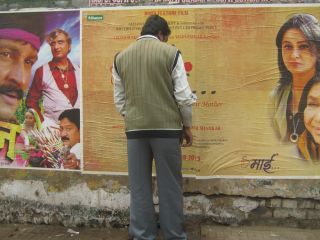 In certain cases, it's possible to get an electric shock from urinating.
(Image: © rupa | Shutterstock.com)

A Brooklyn, N.Y., man was reportedly killed by urinating on the electrified third rail of a subway train line, but is that possible?

Matthew Zeno, 30, was returning home from a bar early Monday morning (July 8) when he chose to relieve himself along the G-train subway line, according to the New York Post.

But some analysts are throwing cold water on these kinds of reports, saying it's not possible to be electrocuted by urinating on an electric line.

A stream of urine quickly separates into individual droplets, according to the television program "MythBusters." Because the urine isn't a steady stream, it would be highly unlikely that a powerful electric current could travel up it.

Nonetheless, though it may be rare, there are a handful of cases in which an individual (always male, it seems) has died when a strong electric current traveled up his urine stream.

One story, recounted by Marshall Houts in "Where Death Delights" (Dell Books, 1968), involves a man named Joseph Patrick O'Malley, who was struck by a train in a New York City subway tunnel, according to the Straight Dope.

O'Malley's autopsy revealed "the burns on the head of the penis and on the thumb and forefinger were obviously electrical burns … The stream of urine had come into contact with the 600 volts of the third rail. The current had coursed up the stream to cause the burns on his body as the electricity entered it."

In other words, O'Malley was fried before the train hit him.

"MythBusters" also found that peeing on an electric fence can be a shocking experience. Because the fence is higher off the ground than a train track is, urine won't have time to separate into droplets, and the current can travel up the stream.

In any case, if you need to pee, it might be wise to find a restroom — or a nice, private bit of nonelectrified shrubbery.