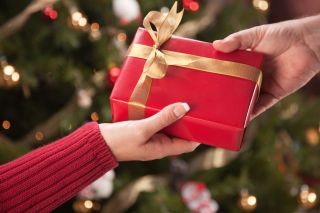 Decking the halls can be dangerous. More than 15,000 Americans suffered decoration-related injuries during the 2012 holiday season, from ladder spills to back strains, according to a new estimate from the U.S. Consumer Product Safety Commission.

That figure marks an increase from the previous year, the CPSC reported, and in fact, holiday decorating injuries have climbed steadily since 2009, when there were about 12,000 such incidents.

Of those 15,000 emergency room visits last year, more than a third (34 percent) involved falls, while 11 percent were the result of cuts and another 10 percent stemmed from strained backs, the agency estimated. [9 Weird Ways Kids Can Get Hurt]

CPSC acting chairman Robert Adler had a few key recommendations to avoid decorating disasters: "Keep Christmas trees watered well, don't leave candles unattended, and use caution whenever you are on a ladder."

Merrymakers may not see their Christmas tree as potential tinder, but from 2009 through 2011, fire departments across the United States responded to an average of 200 blazes yearly that started with the evergreen. According to the CPSC, these fires resulted in 10 deaths, 20 injuries and $16 million in damage.

For those buying a live tree, the agency recommended picking a fresh one, with green needles that don't come off easily. The tree should be watered often, and placed away from fireplaces, vents and radiators, becuase heat could cause it to dry out quickly. All holiday lights strung around the tree should be checked for damage, such as fraying and bare wires, and extension cords should be in good condition, CPSC officials said. And when choosing an artificial tree, the agency recommended looking for "fire resistant" labels and avoiding electric lights for metallic trees.

If Santa is generous this year, you might have lots of torn-up wrapping paper to discard — but don't throw these scraps in the fireplace. According to the CPSC, wrappings can ignite suddenly and burn intensely, causing a flash fire.

Agency officials also said to be careful with fire salts. The same heavy metals in these salts that produce magnificent colored flames can also wreak havoc on your gastrointestinal system, so make sure they stay away from kids who may put them in their mouths.

CPSC officials said it's not a good idea to adorn your home with sharp, heavy or breakable objects if there are small children around. Parents probably should avoid decorations that look like candy, or have small removable parts, too, to prevent swallowing.