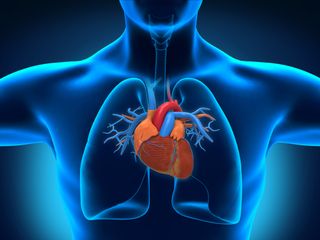 The signs of a heart attack in women might be different from those in men, but this may not be the case when it comes to chest pain, new research reveals.

A European study found that the symptoms of chest pain experienced by women and men during the early stages of a heart attack (formally called acute myocardial infarction) were not all that different.

When researchers analyzed the data on chest-pain complaints in women only, they found it was not a reliable diagnostic tool to quickly detect a heart attack: The study showed that women who were truly having a heart attack described symptoms that were very similar to the ones described by women who had chest pain from other causes. [Top 10 Amazing Facts About Your Heart]

The findings were surprising, and also disappointing, said study researcher Dr. Christian Mueller, a professor of cardiology at University Hospital Basel in Switzerland.

"We had hoped that a very detailed assessment of women-specific chest-pain characteristics could offer a real advance in the early detection of acute myocardial infarction (AMI) in women," he said.

A quicker method for evaluating heart-attack symptoms in women could help to detect problems sooner, as well as reduce heart-attack misdiagnosis and death rates, both of which tend to be higher in women than in men, the researchers said.

The findings were published online today (Nov. 25) in the journal JAMA Internal Medicine.

In the new study, European researchers evaluated nearly 800 women and about 1,700 men over a six-year period in Switzerland, Spain and Italy. The patients had gone to hospital emergency departments within 12 hours of experiencing chest pain.

To find out whether there were specific characteristics that would help to more accurately diagnose women who were having a heart attack, and distinguish them from women experiencing chest pain due to other causes, doctors evaluated chest pain in women and men based on 34 different criteria. These included the pain's location, duration, onset, severity and precipitating factors.

Patients also provided their medical history, had a physical exam and received other diagnostic tests, such as an electrocardiogram and a blood test to assess cardiac levels of troponin, a protein released when a heart attack occurs.

But most of the criteria used to evaluate chest pain did not distinguish a heart attack from other causes of chest pain in women and men. Only three out of 34 criteria related to pain duration and intensity seemed to show sex-specific differences, but the researchers said even these could have been due to chance.

"The findings from this large study confirm that there are important differences in symptoms experienced by women and men during a heart attack," Mueller said.

Because the wording used by a patient to describe chest pain had only low to moderate accuracy in diagnosing a heart attack, physicians should always conduct an electrocardiogram and a cardiac troponin test so they do not miss patients with AMI, Mueller said.

The authors of the new study should be congratulated for looking into this topic, because there is a lack of gender-based research in medicine, said Dr. Marla Mendelson, director of the women's cardiovascular health program at Northwestern Memorial Hospital in Chicago, who was not involved in the research.

Compared with the men in the study, the women who experienced chest pain were about 10 years older, had fewer cardiac risk factors and were less likely to have a prior history of heart disease.

"The benefits of a study like this is that it draws attention to the fact that women are at risk for heart attack," she said.