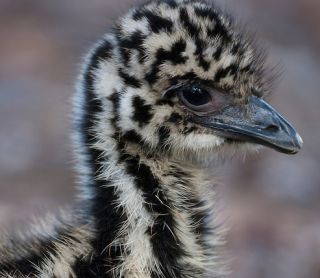 Camouflage that matches an animal's "edges" with its surroundings makes it harder for a predator's eye to track the prey down, a new study reports.

Using computer-generated moths as prey and humans as predators, scientists tracked the eye movements of 48 human subjects. On moths with disruptive or "edge" coloration, the predator's eyes lingered longer on the animal and passed over it more frequentlycompared to animals without these markings — even if the rest of the moth's camouflage did not match the background well.

While the survival of animals with disruptive coloration has been covered in other studies, this is the first time scientists tracked how the confusion occurs, co-author Christopher Hassall told LiveScience. The laser tracking system can distinguish between when a human eye moves quickly – and doesn't see much – and when it lingers and fixates on a target. By looking at the times people lingered or passed over a target, it was possible to see how well the moth blended into its surroundings, he said. The study was only limited to human predators, however.

Abbott Handerson Thayer, a late-19th/early 20th century American naturalist and artist who is sometimes called the "father of camouflage," was the first to write about disruptive coloration about a century ago. This camouflage typically takes the form of patches of colors on the edge of an animal, such as striped plumage in birds (especially chicks that have few defenses against predators).

Disruptive coloration is distinct from the "background matching" kind of camouflage where an observer is not able to distinguish that animal's colors from its surroundings. This kind of camouflage has a weakness, though: If an animal moves, the outline often gives the animal away.

"There is a discontinuity in between your patterning and the patterning of your surroundings, so it's almost unavoidable that your outline will be recognizable," Hassall said.

Beyond applications in animal research, understanding how camouflage confuses predators could also be useful in military settings, Hassall said. The United States, for example, unsuccessfully spent billions of dollars on a "universal camouflage" uniform for its troops and is now phasing that out because it did not work well in all types of environments.

"In order for something to be universal, you can’t just match a pattern. You need to look at the processes by which you are influencing an observer's psychology," Hassall said.

The research, published in Biology Letters yesterday (Oct. 23), was led by Richard Webster of Carleton University in Ottawa, Ontario. Webster, who was a Ph.D. student at the time of the research, successfully defended his dissertation earlier in October.