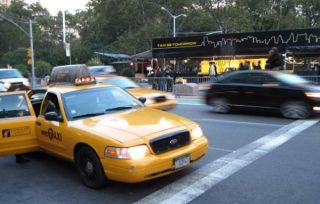 A new system that monitors a driver's brain waves could thwart carjacking and the stealing of cars carrying precious cargo and money, say researchers.

Passwords, iris scanners and fingerprint recognition provide one-time authentication to a building or website. But vehicles — which can be hijacked — require a more continuous form of verification.

Electrical engineer Isao Nakanishi of the graduate school of engineering, at Tottori University, in Japan, and his colleagues have developed a system that could detect when vehicles carrying money or other valuables, or public transport vehicles, have been hijacked, by measuring the driver's EEG (electroencephalogram) signals.

The driver would wear headgear containing sensors that continuously measure his brain waves. If the system detected the wrong brain waves, the vehicle would be safely stopped.

The EEG signals would be matched against a pre-programmed sample from the driver with his eyes open under normal driving conditions. Because these signals are generated internally, an imposter cannot forge them, the researchers said.

The system could also be used to detect when a driver is intoxicated with drugs or alcohol, because his or her brain waves would look different than normal.

The system is described in a forthcoming issue of the International Journal of Biometrics.