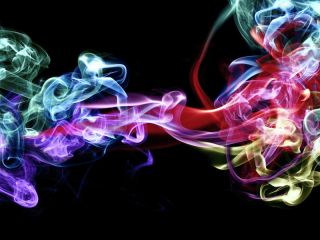 Using psychedelic drugs, such as LSD and "magic mushrooms," does not appear to increase the risk of developing mental health problems, a new study suggests.

The study researchers analyzed information from more than 130,000 people in the United States, about 22,000 of whom had used psychedelic drugs at least once in the past.

Participants were asked questions to gauge whether they had needed mental health treatment in the last year, or experienced symptoms of conditions, including panic disorder, major depressive episode, mania, social phobia and post-traumatic stress disorder.

In some instances, use of psychedelic drugs appeared beneficial for mental health. For instance, people who had used psilocybin (the hallucinogen found in magic mushrooms), or mescaline, a similar drug, had a lower rate of serious psychological distress than the no-psychedelics group, the researchers said.

However, because the study looked at the effect of psychedelics on a large population, it's impossible to say what the effect on a given individual will be. Some individuals may experience negative effects from the drugs not seen in this study, because these effects were statistically hidden by the number of people experiencing no negative or positive effects, the researchers said.

Previous studies have suggested that magic mushrooms may have benefits for anxiety and depression, particularly among people who are terminally ill. However, the drugs can cause unwanted side effects during use, such as paranoia and delusions.

Study researcher Pål-Ørjan Johansen, from the Norwegian University of Science and Technology, said: "Psychedelics can elicit temporary feelings of anxiety and confusion, but accidents leading to serious injury are extremely rare."

The study was published in the Aug. 19 issue of the journal PLOS ONE.