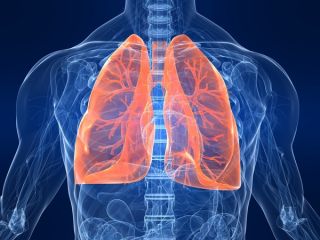 A government panel is now recommending annual CT scans for lung cancer for people at highest risk of the disease, a move that it says could reduce the number of deaths from lung cancer each year.

The U.S. Preventive Services Task Force reviewed evidence from the newest clinical trials and is recommending CT scans to replace yearly chest X-rays, according to a statement from the agency.

The recommendation applies to the population at highest risk: people ages 55 to 79, who have smoked at least a pack a day for 30 years, even if they have quit as long as 15 years ago.

CT scans can detect cancers that X-rays might miss, early enough when a cancer could be treated by surgery, the agency said.

Evidence from modeling studies suggests that the recommended screening program would prevent about 14 percent of deaths from lung cancer each year, an estimated 521 deaths per 100,000 people, according to the statement.

Lung cancer is the third most common cancer in the U.S., and causes 160,000 deaths a year, more than any other cancer.

The majority of lung cancers can be treated surgically if the disease is discovered early, but currently nearly 90 percent of patients with lung cancer die from it.

In 2004, the task force had concluded that more evidence was needed to determine whether yearly CT scans would provide any benefits.

The new recommendations are based on a large-scale clinical trial of people at highest risk of lung cancer, which showed that screening CT scans reduced lung cancer deaths by 16 percent.

The study, conducted by the National Cancer Institute, involved more than 50,000 current or former heavy smokers ages 55 to 74. Participants, who didn't have lung cancer at the study's start, were randomly assigned to receive annual screening with either CT scans or chest X-rays. After six to seven years of follow-up, 2.06 percent of people in the chest X-ray group, and 1.75 percent of those in the CT group had died from lung cancer.

Annual CT scans come with their risks too. Besides radiation exposure, and as with any other screening program, they might miss some cancers or falsely detect disease in healthy people, leading to over-diagnosis.