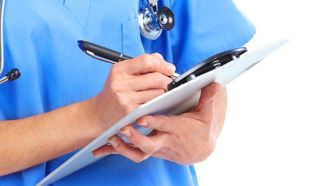 The most common reason patients give for suing their doctors is a delay or failure to diagnose a disease, such as cancer, a new study finds.

The study — which reviewed information on medical malpractice claims against primary care doctors in the United States, Australia, France and Canada — found that between 26 and 63 percent of claims were related to missed diagnoses.

The most frequently missed diseases, according to the claims, were cancer (particularly breast, colon, melanoma and lung cancers) and heart attacks in adults; and meningitis in children. The most common outcome for patients as a result of the alleged malpractice was death.

The second most common reason for a lawsuit was medication errors, such as prescription-related errors or adverse drug reactions.

In addition, most patients who experience adverse events do not file medical malpractice claims, said study researcher Dr. Emma Wallace, of the Royal College of Surgeons in Ireland, in Dublin.

But understanding malpractice suits can help doctors identify situations that may result in adverse events for patients, as well as systems that can be put into place to help prevent errors from happening, said Dr. David Troxel, medical director at The Doctors Company, the largest physician-owned medical malpractice insurer in the United States, located in Napa, Calif.

Troxel cited heart attacks in women as an example of how suits regarding missed diagnoses led to greater awareness among doctors. Women are more likely to have "atypical" heart attack symptoms such as gastrointestinal problems, which differ from the classic signs of a heart attack of chest or arm pain, Troxel said.

"Part of that information came out of seeing that some claims in which [heart attacks] were being missed were in women," Troxel said. Doctors who reviewed these malpractice claims could then relay that information to other doctors through talks or in educational settings, he said.

"Ultimately [the process of analyzing malpractice claims] can contribute to improving the quality of medical practice," Troxel said.

The new study may also help identify areas of medicine that may benefit from better risk management systems, such as computer systems that let doctors check what medications a patient is already taking before prescribing another drug, Wallace said.

However, the threat of a lawsuit may cause doctors to overtreat patients — ordering tests that aren't really needed — which is often called "defensive medicine."

"Physicians, once they become aware of the fact that they can be sued for not ordering a test, they may change their behavior," and order a test every time they see a patient with a particular symptom, Troxel said.

"There is a real cost to defensive medicine," Troxel said.

The new study is published today (July 18) in the journal BMJ Open.