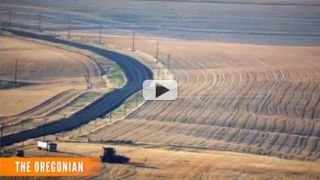 Genetically modified organisms (GMOs) continue to spark passionate debate: Emotions run high regarding studies of the impacts of GMOs on health and the environment, and much attention has been focused on one product widely made from GMO sources: soybean oil.

Common in processed foods in both GMO and non-GMO formulations, soybean oil has high levels of omega-6 fatty acids, which have a well-studied relationship to inflammation, a known risk factor for heart disease, cancer, arthritis and a host of other diseases.

Recently, the topic came to mind when I was interviewed about GMOs on CNN's "The Situation Room with Wolf Blitzer" as they reported that Chipotle — the fast-food restaurant chain, which earned $2.73 billion last year, in part based on their reputation of using environmentally friendly ingredients — disclosed that it is using genetically modified soybean oil, and many genetically modified ingredients, in its dishes.

Most restaurants and food companies in the United States use GMOs , though they may not disclose it.

Genetically modified organisms — in this discussion, genetically modified foods — have genetic material that engineers unnaturally altered. Such foods are extremely controversial, and although they may be safe, a dearth of clinical studies and a lack of clear, accurate public information make the debate even more intense. [The 7 Perfect Survival Foods]

"The introduction of genetically modified organisms into the American food supply is a grand experiment," said Ann Yonkers, co-director of Fresh Farm Markets and a leader in the sustainable-farming movement. "We should be using the precautionary principle with GMOs, and assume that GMOs have to be demonstrated to be good rather than assume that they are good."

Additionally, Michael Jacobson, executive director of the Center for Science in the Public Interest, said there is no safety hazard in using genetically modified soybean oil over conventional soybean oil — a finding the organization highlighted recently in its Nutrition Action newsletter.

However, the federal government does not require that GMO foods be labeled as such.

"Food manufacturers may indicate, through voluntary labeling, whether foods have or have not been developed through genetic engineering, provided that such labeling is truthful and not misleading," the agency stated. "FDA supports voluntary labeling that provides consumers with this information."

No studies have found GM foods to be harmful, but many concerned citizens and scientists believe there have not been sufficient longitudinal (making observations over a substantial period of time) nor clinical studies on the effects of GMOs on human health. Even if researchers were to conduct long-term studies, it would be very difficult to prove that any adverse — or positive — health outcomes are due specifically to the GMOs themselves.

As for the environment, GMOs seem to have impact. Recently, a rogue strain of Monsanto GM wheat was found in a field in Oregon. Several Southeast Asian countries stopped imports of wheat from the U.S. Pacific Northwest, pending investigation, financially hurting American farmers, according to the Associated Press. Agriculture biotechnology giant Monsanto uses high-handed legal tactics to harass small farmers into using and paying huge sums for Monsanto GM seeds, putting some out of business, according to a CBS News report and other sources. Although the impact of GMOs on health and nutrition is unclear, the impact on the environment seems much more definite — and detrimental.

Huge soy and corn crops displace a more naturally diverse farming system — one that uses fewer resources, is more sustainable in the long term and is healthier for the planet and people (we'll get to that next). According to the U.S. Environmental Protection Agency, about 84 million acres in the United States are devoted to corn, and about 73 million acres are dedicated to soybeans, a close second. Why do we need so much farmland for soy and corn, two crops largely dedicated to processed foods?

We should instead fill our fields with an array of fruits and vegetables! The USDA's U.S. Dietary Guidelines for Americans recommends every American eat at least five cups of fruits and/or vegetables daily to prevent heart disease and cancer, and to foster maximum health and ideal body weight.

Ironically, the National Academy of Sciences found that if every American followed those guidelines and attempted to eat those five cups a day, there wouldn't be enough of the food to go around!

Apparently, there is not enough farmland dedicated to fruits and vegetables because U.S. farmland is instead filled with soybeans and corn — much of it genetically modified — catering to the food industry instead of to the health of Americans. [Fruits & Veggies? 10 New Ways to Eat Well]

Yes, genetically modifying soybeans and corn will allow the country to grow more at a lower cost. But at what other costs? Is it really what's best for regular consumers, or what's best for Big Agriculture and the food industry?

Soybean oil is a great example of a genetically modified food often associated with misinformation. Because of its low cost, soybean oil is used in a vast quantity of the processed foods Americans eat. (Just look at the food-label ingredient lists in your own kitchen cabinet.)

This is a problem, because soybean oil provides a substantial amount of omega-6 fatty acids. Omega-6 fatty acids, although essential to the human body, are required in very minute amounts, and deficiencies are a rarity. Historically, humans have eaten very little omega-6 fatty acids, as they are not commonly found in nature. Now, omega-6-fatty acids are abundant because of the food industry's dependence on them.

Why is this a problem? Omega-6 fatty acids displace healthy omega-3 fatty acids in the body. Omega-3 fatty acids (DHA and EPA) are a second type of essential fatty acid that studies suggest promote heart health, and overall health, and reduce inflammation, cancers and a host of diseases. When omega-6 fatty acids are ingested in dramatically higher quantities than omega-3s are — as occurs in today's average American diet — omega-6s beat omega-3s for room in human cell membranes. Studies show this can promote inflammation, which is a precursor to a variety of diseases, including heart disease, cancer, asthma, inflammatory bowel disease, and even dementia and Alzheimer's.

Yes, the GMO debate is still heated and in full swing. There are pros to GM foods —increased yield in staple crops can help to combat world hunger, for example. However, there are also very important issues associated with GMOs that must be discussed. Until we know the results of this "grand experiment," we can't really be sure.

Tallmadge's most recent Op-Ed was Is Your Olive Oil As Healthy As You Think? (Op-Ed). Her latest book is "Diet Simple Farm to Table Recipes: 50 New Reasons to Cook In Season". The views expressed are those of the author and do not necessarily reflect the views of the publisher. This article was originally published on LiveScience.com.