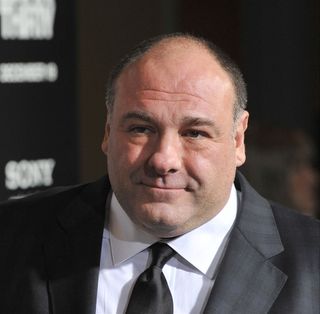 A relaxing summer trip abroad may sound like an unlikely time to have a heart attack, but James Gandolfini's death underscores a sad fact that heart experts have recognized: heart problems are the leading cause of death among people on vacation.

The 51-year-old actor was vacationing in Rome when he suffered cardiac arrest, according to news reports. Although a heart attack is suspected, officials have yet to confirm the cause of death with an autopsy.

According to a 2003 paper published in the journal Psychosomatic Medicine, vacations may include out-of-the-ordinary activities that could place extra physical and mental stress on the body, and trigger a heart attack or other life-threatening heart problems.

For instance, people on vacation may be exposed to crowds, polluted air, extremely hot or cold temperatures, new foods, excessive alcohol and an increased amount of exercise, the paper says. People may also become distressed when their vacation doesn't turn out to be the awe-inspiring experience they had expected.

The study, which examined information from 92 Dutch people who had heart attacks while on vacation, found that heart attacks were more likely to occur during the first two days of vacation than on other days. [See Beyond Vegetables and Exercise: 5 Surprising Ways to Be Heart Healthy].

Dr. Erik Altman, director of electrophysiology at the North Shore-Long Island Jewish Southside Hospital in Bay Shore, N.Y., said that a growing body of evidence has suggested that it's not uncommon for vacationers to have heart attacks. "The physical and emotional aspect of traveling and vacationing may need to be brought to people's attention," he said. "While we are on vacation, we are still at risk of heart disease."

People on vacation may eat too much, drink too much and neglect to take medication, Altman said.

However, it's entirely possible that Ganolfini's vacation was unrelated to his heart attack. The actor had a number of risk factors for heart disease, including obesity and smoking, according to news reports

Vacation lovers need not fret — studies show that overall, people who take regular vacations are less likely to die from heart attacks, and most people who vacation won't have a heart attack, he added.

But vacationers should know their limitations, Altman said. "I think that this definitely underscores the point that people who do have risk factors for heart disease, people who are out of shape, should understand their limitations and appropriately adjust their vacation to their needs," he said.