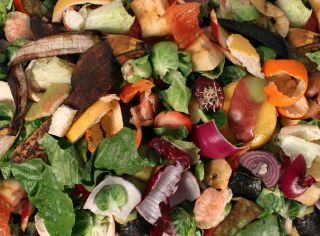 Composting scraps of food can reduce the amount of waste in landfills.
(Image: © Lightspring | Shutterstock)

New York may soon join the ranks of eco-friendly cities, such as San Francisco and Seattle, which require residents to compost their food scraps to cut down on the amount of waste that reaches landfills.

Mayor Michael Bloomberg is expected to announce plans to hire a composting plant to recycle 100,000 tons, or roughly 10 percent, of the city's residential food waste each year, the New York Times reported. The new program, which would require New Yorkers to separate food scraps from other garbage, will likely be voluntary at first, but within a few years, individuals who do not compost their food waste may face a fine, according to the Times' article.

By next year, more than 5 percent of the city's households — which includes 150,000 single-family homes, 100 high-rise buildings and more than 600 schools — may be taking part voluntarily in the composting program, according to New York City sanitation officials. The new recycling measures will likely be expanded to include the rest of the city by 2015 or 2016, reported the Times.