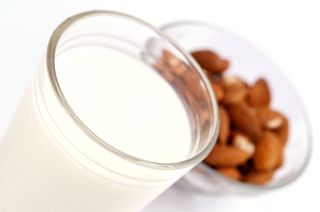 If you're like most Americans, you know someone who has high cholesterol. Personally, I know a few people. About one in six adults have cholesterol levels of 240 milligrams/deciliter or higher, according to the Centers for Disease Control and Prevention (CDC). High cholesterol is a serious problem because it can lead to heart disease.

Here's how it happens: When you have high cholesterol, that cholesterol is more likely to stick to the walls of your arteries and harden. Over time, more cholesterol collects, leaving less room for blood to flow through. Blood supplies the heart with oxygen and nutrients, so when the blood supply is nearly or completely cut off, a heart attack is the inevitable next step.

It's easy to feel complacent about high cholesterol when everyone you know is dealing with the same thing. But heart disease is very serious issue. The CDC estimates that 2,200 people die from heart attacks and strokes every single day.

If you don't want to go down that road, it's time to start paying attention to your cholesterol levels. Consider cutting back on high-cholesterol foods like cheese and fatty meat, and add more foods that have been shown to have a positive impact on cholesterol levels.

Soy: Soy protein improves the blood fat levels of healthy adults, but any old protein won't do the same, according to study published in April in the European Journal of Clinical Nutrition. The researchers compared milk and soy proteins and found that only the soy protein had a positive effect. Try adding some organic tofu to your stir-fry, instead of chicken or beef.

Almonds: In a 2011 study published in the journal Metabolism — Clinical and Experimental, researchers found that eating almonds as part of a healthy diet has a positive effect on blood sugar control and total cholesterol levels. This could not only reduce the risk of cardiovascular disease, but also Type 2 diabetes, they said.

Oatmeal: Women who increased their fiber intake also reduced their total cholesterol levels, according to a 2010 study in the American Journal of Epidemiology. With just one cup of oatmeal each day, you can add eight grams of fiber.