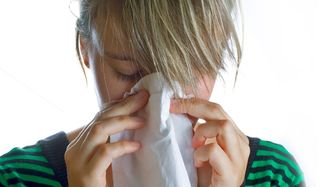 This past flu season was one of the mildest on record, according to a new report from the Centers for Disease Control and Prevention.

Twenty-six children died from the flu in the United States between October 2011 and May 2012, the fewest since researchers started keeping track in 2004. Between 2004 and 2011, the number of children who died from the flu ranged yearly from 46 to 348, the report said.

CDC researchers declare the start of the season when the percentage of confirmed flu cases reaches a certain threshold. This past flu season did not officially begin until the first week of February — the latest start to the flu season in 24 years. The peak of the season was also later than usual, occurring in mid-March.

The majority of viruses that turned up in flu cases this year were similar to those in this year’s vaccine and were sensitive to antiviral drugs, the researchers said.

While the strains included in this year's vaccine were the same as those in the 2010-11 vaccine, the report recommends a change for next year in two of the three virus strains in the vaccine.

The CDC recommends that everyone 6 months and older receives the seasonal flu vaccine.

Pass it on:  Flu season this year was mild, causing fewer doctors visits, hospitalizations and deaths than usual.