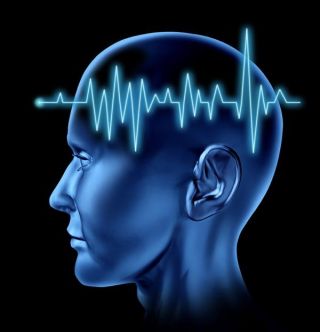 Some unconscious patients are consciously aware of their environment, while others are not, and now a device that uses electrodes on the scalp may be able to distinguish between them.

Patients in a new study appeared to be completely vegetative (meaning they lacked all consciousness) based on their behavior, but researchers using electroencephalography (EEG) to measure brain waves found that 19 percent of these patients responded to commands, suggesting they were, to some extent, conscious.

The brain waves were measured as the researchers asked the patients to visualize certain movements, such as opening and closing their fists.Using this EEG device "could fundamentally change the assessment of this complex patient group, because EEG is highly portable, inexpensive [and] can be done at the bedside," said the researchers from the University of Western Ontario in Canada.

In fact, the device may provide a way for some of these patents to communicate, the researchers said. For instance, certain electrical responses, such as those generated when a patient thinks about moving his or her toes, could be classified as "yes" or "no."

Developing ways to classify these mental images "will enable routine two-way communication with some of these patients, allowing them to share information about their inner worlds, experiences and needs," the researchers said.

The study appears today (Nov. 9) in the journal Lancet.

About 43 percent of patients who are diagnosed as vegetative are later found to be minimally conscious when assessed by experts. But even extensive examinations can still misdiagnose patients.

Functional magnetic resonance imaging (fMRI) can better assess consciousness in these patients, but these machines are expensive and sometimes inaccessible to patients. In addition, traumatically injured patients often have metal implants, which make them ineligible for fMRI, which uses magnets.

The study assessed the effectiveness of the EEG device.

The study included 16 patients who were diagnosed as vegetative and 12 healthy controls. To measure the patients' awareness, researchers asked them to imagine moving their right-hand and toes.

Three of the vegetative state patients repeatedly and reliably generated appropriate EEG responses to commands, suggesting they were aware of what they are being asked.

"Our findings of successful command-following in patients characterized as in a vegetative state show that [EEG] is better suited for providing [patient] characterization than are existing methods of clinical assessment," the researchers said.

The findings are "surprising and challenging," Morten Overgaard and Rikke Overgaard, of Aarhus University in Denmark, wrote in an accompanying commentary.

However, EEG is an indirect measure of consciousness, and the device could not detect responses from three of the healthy control participants in the study, according to the commentary.

A new classification system needs to be developed to understand the mental functioning of patients in vegetative or minimally conscious states, one that uses better methods to measure consciousness, according to the commentary.

Pass it on: A device that measures brain waves may be able to distinguish patients in a vegetative state from those that are conscious.