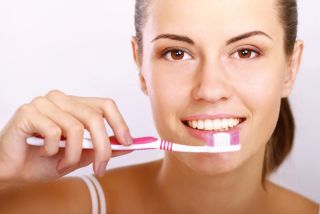 Voters in Portland, Ore., will decide tomorrow (May 21) whether the city will begin fluoridating its water. For weeks, residents have been contentiously debating water fluoridation, the addition of fluoride to public water supplies for the purpose of reducing cavities and tooth decay.

Portland is one of the largest metropolitan areas in the United States that doesn't add fluoride to public drinking water supplies. Currently, two-thirds of Americans have fluoridated public water, according to the Centers for Disease Control and Prevention (CDC).

The debate has split the relatively liberal city, causing a "civil war amongst progressives," as the Oregonian put it. Pro-fluoride groups say that fluoridation will help reduce cavities among poor children who don't have access to dental care. Those in the opposing camp object to fluoridation's possible negative health effects, like impaired brain development and function, and say the practice amounts to forced medication of the populace without consent.

If Portland voters decide to keep fluoride out of their water, it would be the fourth time since the 1950s that the city has rejected it, according to government records. That makes it unique amongst large American cities, most of which have implemented it.

The groups against fluoridation include the local union representing Oregon Department of Environmental Quality employees, and the local chapter of the Sierra Club, which has said fluoridation would endanger the health of rivers, wildlife and people.

Portland's chapter of the NAACP has also voted to oppose the measure. "Children growing up in communities of color already face risks from many different environmental chemicals, and they do not need more chemicals added to their drinking water," NAACP political chair Cheryl Carter told Willamette Week, a local publication.

Groups on both sides have spent money on ads and fliers that have been distributed around the city. Pro-fluoridation groups have a lot more funds than their opponents. As of May 20, the main fluoridating group, Healthy Kids, Healthy Portland, had received $845,870.45. The main anti-fluoridation group, Clean Water Portland, got less than one-third of that, at $269,439.09, according to the Oregon Secretary of State.

A poll of likely voters conducted on May 16, by local ABC News affiliate KATU-TV, found a 13-percentage point lead among those against fluoridation. However, "in a low-turnout election, any outcome remains possible," the station noted.

Fluoridation began on a small scale in the 1940s in Grand Rapids, Mich., and later in towns in New York State. It caused a fair amount of debate about its effectiveness and possible health effects in the 1950s and 1960s, but the arguments faded from the national conversation as the process garnered the support of most large medical and dental groups.

Tooth decay, when left untreated, can lead to serious health problems, such as infections that can spread into the jaw. Tooth decay has declined in the United States since fluoridation began; however, it has also declined in other countries that do not fluoridate, said William Hirzy, a chemist at American University who worked at the Environmental Protection Agency for 27 years before leaving in 2008.

Americans are now exposed to many more sources of fluoride than when the practice of fluoridation began, Hirzy told LiveScience. Until about the year 2000, it wasn't widely acknowledged by the public health community that fluoride primarily works topically. That means there is no benefit to swallowing it and exposing your whole body to the substance, said Hirzy, who is opposed to fluoridation.

And while the issue remains contentious, new evidence suggests that fluoride could be linked to unforeseen health effects at concentrations nearing those put into water. Studies have linked fluoride exposure to bone fractures, thyroid disorders and certain cancers, according to a report by the National Research Council in 2006.

However, most of the drinking water in these studies contained fluoride at concentrations several times greater than the level at which it is added to fluoridated water in the United States, where it averages about 1 part per million (ppm). But several of the studies found lower intelligence scores in kids drinking water with only three times more fluoride than is found in fluoridated U.S. water.

Harvard researcher Philippe Grandjean, lead author of the study, wrote in an email to LiveScience that his results "do not allow us to make any judgment regarding possible levels of risk at levels of exposure typical for water fluoridation in the U.S. On the other hand, neither can it be concluded that no risk is present."

But Hirzy told LiveScience that a threefold difference between the levels in U.S. water and the level that may be linked with damage is not enough to protect children. These exposure levels overlap, in part because some kids drink a lot of water. There should ideally be at least a tenfold, and preferably a hundredfold, difference between the levels at which no adverse health effects can be demonstrated, and the so-called "safe" level, he said.

The National Research Council's 2006 report found that the Environmental Protection Agency's upper limit for fluoride, at 4 ppm, was too high to prevent a certain percentage of kids from developing severe dental fluorosis, a condition in which teeth are stained and pitted.

However, Grandjean compared fluoride to other chemicals discussed in his book published this month called "Only One Chance: How Environmental Pollution Impairs Brain Development – and How to Protect the Brains of the Next Generation."

"When researching for my book, it was clear that fluoride was no different from other chemicals," he wrote. "The potential for adverse effects on brain development has been ignored for many, many years." Grandjean reiterated, however, that he did not want to take a stance on water fluoridation, and that the point of his book was more general: "We must protect brain development in the next generation," he said.

Many people don't realize that fluoride in fluoridated water comes not from the fluoride salts used in dental products, but from silicofluorides, which "are one of the by-products from the manufacture of phosphate fertilizers," according to the National Research Council's 2006 report.

"The toxicity database on silicofluorides is sparse and questions have been raised about the assumption that they completely dissociate in water and, therefore, have toxicity similar to the fluoride salts tested in laboratory studies and used in consumer products," the report noted.