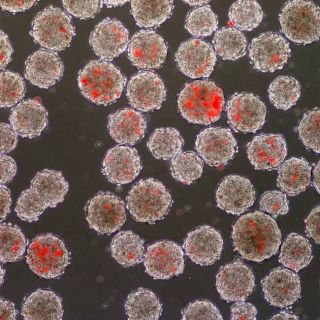 What do you think? Vote below.

The story below remains as it was originally written.

President Obama is expected on Monday to reverse limitations set by the Bush administration for federal funding of embryonic stem cell research.

The expected move, hailed by many as science winning out over politics, is seen as immoral by others, who believe that a human embryo deserves the same moral and legal protection as any human life.

In a New York Times article, Tony Perkins, president of the Family Research Council, called the expected announcement "a deadly executive order" and "a slap in the face to Americans who believe in the dignity of all human life."

Embryonic stem cells are able to become all the cells of the body. Scientists see potential in them to cure deadly diseases and perhaps allow development of tissues that could replace organs or fix nerves to reverse paralysis. In 2001, Bush limited federal funding to existing lines of embryonic stem cells derived from embryos that had already been destroyed.

In recent years, other stem cells not derived from embryos have also proven valuable to researchers. But many scientists say the greatest potential remains with embryonic stem cells.

Proponents of stem cell research argue that the embryos that are studied have been discarded by parents who picked other embryos for in vitro fertilization. The proponents believe the ethics of all this should be sorted out by scientists at the National Institutes of Health and elsewhere, not by the White House.

It is not clear whether Obama will issue an executive order on the matter or seek the involvement of Congress, the Times reports.