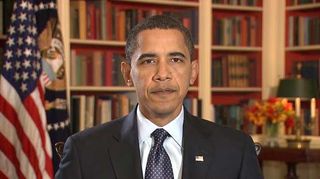 When former President Clinton's science advisor Neal Lane was asked recently what letter of advice he would leave in the desk of John Holdren, President Obama's science advisor, he laughed out loud. "I would tell him it is one of the great jobs in government and that he really ought to have a good time."

But if Holdren asked him what he should do on his first days on the job, Lane, now a senior fellow in Rice University's Institute for Public Policy in Houston, offered up a daunting list of issues that face not only the science advisor, but the entire new team of officials that must confront everything from global warming and green energy to stem cell research and science education.

When President George W. Bush took office in 2001, science was far down on the list of priorities and remained there for the first six years of his administration. Indeed, it took about nine months for Bush to appoint a science advisor. But Obama named most of his science team by inauguration day, most importantly physicist Holdren as the presidential science advisor; physicist and Nobel laureate Stephen Chu as the secretary of energy, and Carol Browner as a special "energy czar."

The hope among political insiders is that Holdren will get an office in the Eisenhower Executive Office Building adjacent to the White House. Lane had an office there, but Bush's science advisor, John Marburger, was moved a couple of blocks away during renovation of the executive office building and never got back inside. It sounds trivial to many, but Lane noted that it is important both symbolically and practically to be in the White House complex. "Even if you are a half a block away, you have to go through security every time you go to the White House for a meeting. It takes time, and you are usually in a hurry."

To emphasize the importance science will play in the new administration, Obama said in his inaugural address that, "We will restore science to its rightful place, and wield technology's wonders to raise health care's quality and lower its cost. We will harness the sun and the winds and the soil to fuel our cars and run our factories. And we will transform our schools and colleges and universities to meet the demands of a new age. All this we can do. And all this we will do."

Lane and other scientists and science policy experts are excited about the importance Obama is placing on science, but they are also acutely aware of the pressure this emphasis places on the science officials and the science community to step up and perform on both the short and long term science issues facing the country.

The immediate issues, such as the Bush administration's restrictions on stem cell research, can be dealt with quickly by executive order, Lane said. But the list of bigger issues such as energy, climate change, environmental regulation, and science education will require careful work with Congress and a host of both public and industry interest groups to move programs forward.

"All of the things that will impact large numbers of people, as well as individual states and regions, and sectors of the business community," Lane said. "Those dealing with these issues will have to work carefully and make sure the president has all of the information he needs, and make sure that that information includes the science."

Dealing with the mountain of science issues starts immediately, in part because the proposed $550 billion spending portion of the stimulus package just released by the House Appropriations Committee includes $13.3 billion for science. Under the Bush administration's American Competitiveness Initiative (ACI) and his last two budget proposals to Congress, science agencies were supposed to receive significantly more funding than Congress ultimately allocated.

Obama's stimulus package is aimed in part at closing that funding gap for science. Under the stimulus package, NSF would receive $3 billion, the Department of Energy's Office of Science would get $2 billion, and the National Institute of Standards and Technology would get $520 million. Another $9 billion would go to all the science agencies to fund basic research.

To quickly get money into the economy, Congress is asking federal agencies to prioritize "shovel ready" projects. "We should address the needs that have been backlogged, such as laboratory infrastructure and university instrumentation," said Michael Lubell, director of public affairs for the American Physical Society. These are things that are 'shovel ready' and can be put in place today. A full $3.4 billion of the $13.4 billion proposed in the stimulus package would go to upgrading science facilities and buying new equipment, according to an analysis by the American Association for the Advancement of Science (AAAS).

What that means is that Holdren, Chu, Browner and other officials must deal not only with science funding in the short-term stimulus package, but must also develop the complex 2010 budget that will fund all of the federal science programs — everything from weather forecasting to NASA's next space ventures.

The new emphasis on science has many in the science community a bit stunned by the dramatic reversals of the Bush policies, and still trying to figure out how science officials will sort out their overlapping responsibilities and agendas.

Nobel laureate Burton Richter, the emeritus director of the Stanford Linear Accelerator Center at California's Stanford University who has spent the last several years advocating for science in Washington, said he impressed with the credentials of Holdren, Chu and the other officials, but he is waiting to see how they sort out their working relationship. Holdren is an expert on climate change, as is Chu. Browner is an expert on green energy, as are Chu and Holdren.

"So they will have to sort out how it is going to work," Richter said. "The administration determines the overall direction, but how it all will fit together is an open question.

At the Washington office of the AAAS, Norman Neureiter, the director of the Center for Science, Technology and Security Policy, noted that science is also a tool of international diplomacy and should be given renewed importance at the Department of State. Neureiter, who was a science advisor to the secretary of state late in the Clinton administration early in the Bush administration, said that, "In so many foreign policy issues today, there is a scientific or technical element of some kind — whether it is global health, proliferation of nuclear weapons, the environment, global warming, or many other issues. Science is only one element of any complex policy decision, but I strongly believe that a decision made in awareness of the relevant scientific facts will turn out to be better than one which ignores them."

So with science intertwined with almost every national policy issue, both foreign and domestic, and an array of high-powered scientists put in charge of federal agencies, what is the best way to move forward? "I always cite that old saying that if you don't care who gets the credit, it's amazing what you can accomplish," Neureiter said.