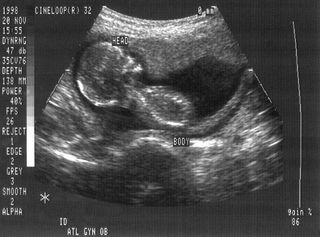 Children born in areas of heavy traffic areas could be at greater risk of developing asthma due to genetic changes brought on by pollution and acquired in the womb, a new study suggests.

In a study of umbilical cord blood from New York City children, researchers found a change in a gene called ACSL3 that is associated with prenatal exposure to chemical pollutants called polycyclic aromatic hydrocarbons (PAHs), which are byproducts of incomplete combustion from carbon-containing fuels, resulting in high levels in heavy-traffic areas.

Exposure to PAHs has previously been linked to diseases such as cancer and childhood asthma.

Researchers say this finding provides a potential clue for predicting environmentally related asthma in children — particularly those born to mothers who live in high-traffic areas like Northern Manhattan and South Bronx when pregnant.

The genetic alterations are called epigenetic changes, which may disrupt the normal functioning of genes by affecting their expression but do not cause structural changes or mutations in the genes.

"Our data support the concept that environmental exposures can interact with genes during key developmental periods to trigger disease onset later in life, and that tissues are being reprogrammed to become abnormal later," said Shuk-mei Ho, University of Cincinnati researcher and lead author of a paper on the results published in the Feb. 16 issue of the journal PLoS ONE.

The researchers found a significant association between changes in ACSL3 methylation — a gene expressed in the lung — and maternal PAH exposure. ACSL3 also was associated with a parental report of asthma symptoms in the children prior to age 5.

"This research is aimed at detecting early signs of asthma risk so that we can better prevent this chronic disease that affects as many as 25 percent of children in Northern Manhattan and elsewhere," said Frederica Perera, co-author on the paper from Columbia University Mailman School of Public Health.

More research is needed to confirm the findings, the scientists said. If the study is confirmed, changes in the ACSL3 gene could serve as a novel biomarker for early diagnosis of pollution-related asthma.

"Understanding early predictors of asthma is an important area of investigation," said study team member Rachel Miller of the Columbia Center for Children's Environmental Health. "because they represent potential clinical targets for intervention."

The study was funded by the National Institute of Environmental Health Sciences, the U.S. Environmental Protection Agency (EPA) and private foundations.