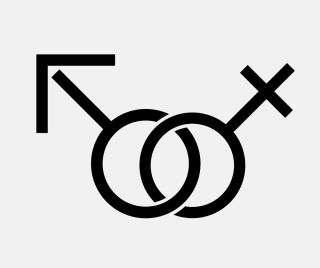 Life's Little Mysteries presents a 10-part series that examines what would happen if a major event in the history of the universe had gone just slightly different.

In nearly all vertebrate species, sexual reproduction is binary it involves male and female physical forms, each bearing a distinct sex cell — a sperm or an egg, respectively.

Life would be: Easier. Or more complicated. It really depends on how you look at it.

The need for a third sex cell and therefore a third body type in order to produce offspring (and inspire a third restroom symbol) has never evolved on Earth. Such an arrangement would be inefficient and biologically costly. But nature does have multiple examples of more than two "mating types" within a species; clam shrimp have a male as well as two varieties of hermaphrodite, which either self-fertilize or mate with males but cannot mate with each other.

Not be outdone, the protozoan Tetrahymena thermophila has seven distinct "sexes" that can hook up and swap genes .

The stark male/female split in many organisms has long puzzled biologists. After all, having three mating types wherein individuals can mate with the two types other than its own boosts the odds of scoring a compatible partner from one in two to two in three, or from 50 percent to 67 percent; and the more varieties, the higher the odds. For stationary creatures, where finding a mate is difficult, multiple mating types have the advantage, said Laurence Hurst, a professor of evolutionary genetics at the University of Bath. For example, mushrooms have more than 30,000 mating types, Hurst told Life's Little Mysteries.

As for us mobile, social humans, finding a partner is not so tough (supposedly). Having three or more "genders," then, any two of which could make viable offspring (naturally), might be a reproductive blessing, but it could also be a relationship curse .

Previously: What would the world be like if the supercontinent Pangaea had never broken up .

Next: What would life be like if the first animals to crawl out of the sea had six legs instead of four .