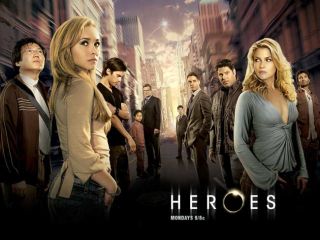 "Heroes" is currently one of the more popular shows on NBC.
(Image: © NBC Universal)

NBC's "Heroes" remains a marketer's delight after its third season premiere drew 10 million viewers. But the network worried about one glaring anomaly — almost a third of the show's viewers use DVRs to record the program and possibly fast-forward through commercials.

Now a neuromarketing study finds that viewers aren't zoning out, but actually pay attention to ads when hitting their fast-forward button.

"Our conclusion was that people don't skip ads," said Carl Marci, cofounder and CEO of Innerscope Research. "They're just processing them differently."

TV networks can rake in big sums selling time slots during prime-time shows. The rising popularity of DVRs may challenge that source of revenue by taking viewer eyeballs away from ads, or so networks have feared.

NBC Universal turned to Marci, a psychiatrist and neuroscientist by training who started Innerscope because he wanted to "study emotion on a large scale." The "Heroes" example raised the question of whether ads still had an emotional impact even during fast-forward.

Thirty percent of viewers who watch "Heroes" are watching in a time-shifted manner," Marci told LiveScience. "Nationwide it's more like 15 to 20 percent."

Innerscope recruited 100 study participants, including many fans of "Heroes," and sat them down in a living room setting to watch a pilot episode of NBC's science fiction drama "Journeyman" with the usual TV ads and network promos.

This wasn't just free TV time, though. Viewers in the study wore a wireless, lightweight vest that indirectly measured their emotional state with biometrics such as:

An eye-tracking device also recorded where viewers looked on or off the TV screen.

A total of 60 of the 100 viewers frequently used DVR during prime-time TV. They ended up in two groups, with one able to fast-forward at 3x normal speed and the other at 6x normal speed. The final study detailed in the International Journal of Advertising includes results from the control group and the 6x normal speed group.

Viewers who watched live better remembered ads a day later than viewers who used DVR to fast-forward through commercials at 6x normal speed. But the DVR group still recalled ads and recognized brands at twice the expected rate, given the fast-forwarding and the complete loss of sound from the commercials.

"People were in a hyper-alert state emotionally, because they don't want to miss their show," Marci noted.

Seeing a familiar ad also jogged memories among both live viewers and DVR viewers. The ad recall of DVR viewers shot up from 15 percent to 53 percent when they had seen the ad before.

Such findings reinforce earlier small studies that suggest advertisers can still reach the coveted "Heroes" audience that fast-forwards through commercials. Some advertisers have even begun developing ads that take advantage of the hyper-alert gaze by centering bigger product images on the screen.

"They were starting to talk about it and experiment with things," Marci said. "I think this study will give some credibility to those experiments."