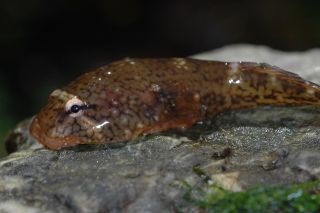 Using tiny hairs similar to those on gecko feet, clingfish are able to strongly and equally adhere to surfaces with a broad range of roughness, new research shows. The fish's suction powers easily outperform manmade suction cups, scientists say, adding that mimicking their design could lead to a new class of suction devices.

The northern clingfish (Gobiesox maeandricus) is a species of salt-water fish native to the Pacific Coast of North America. The fish live in rocky intertidal environments, where strong waves and currents threaten to toss them about. To survive in this turbulent setting, the fish has evolved an adhesion disc on its belly, which takes up about 25 percent of its underside. Using the disc, the fish can achieve a death-grip on a variety of surfaces.

"Basically, if they get stuck on a surface, you are going to have to really yank on them to get them off," said study researcher Adam Summers, a biologist at the University of Washington. "And if you throw them in a bucket with water and then dump it out, you'll have an empty bucket with nothing but the clingfish inside." [Image Gallery: Freaky Fish]

Summers and his colleagues wondered how clingfish could rapidly stick to, and release from, surfaces of arbitrary roughness, and how they compare with manmade suction cups. To test this, the team made epoxy molds of "every kind of sandpaper you can imagine," from the finest sandpaper to those rough enough to strip finish from flooring. They put these molded surfaces into a tank filled with water.

They then stuck suction cups and clingfish onto the different surfaces. The team used dead clingfish to make sure the fish's recorded clinging ability was purely due to the structure of their discs and not something the fish were doing themselves (dead clingfish retain 96 percent of the suction tenacity of live fish). The researchers attached harnesses to the fish and suction cups, and then used a machine to pull them off while measuring the amount of force required.

They found that clingfish generate adhesive forces 80 to 230 times their body weight. Moreover, compared with the suction cups, the fish were better able to hold on to all surfaces except for those that were completely smooth.

Even though the team thoroughly cleaned the fish before the tests, they still wondered if fish mucus had anything to do with the adhesive abilities. So they performed experiments in liquids of two different viscosities — one liquid matched the viscosity of fish mucus, the other was the much thicker glycerin. The fluids, particularly the glycerin, helped the suction cups cling to all but the roughest of surfaces, but they only marginally increased the fish's suction abilities. "The mucus isn't the key," Summers told LiveScience.

The team instead found that the secret to the clingfish's adhesion is the hierarchically structured microvilli (tiny hairs similar to those found on gecko and spider feet) around the edges of the adhesive disc. When you pull on a suction cup, its sides slide inward; however, the fish's microvilli induce high friction to prevent slipping. Additionally, the disc's flexibility and microvilli help seal its edges to rough surfaces, preventing liquids from leaking in and disrupting the adhesion.

The researchers are now trying to fashion adhesive devices with tiny structures similar to the clingfish microvilli, which could be useful in medicine, industry and the home, Summers said.

The research was published Tuesday (April 30) in the journal Biology Letters.