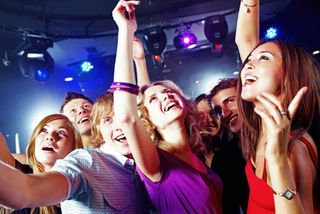 Music may truly be a universal language. When listening to the same piece, different listeners will show very similar patterns of brain activity, a new study of brain scans suggests.

Untrained listeners in the study responded very similarly to a 10-minute symphony, and the similarities cropped up not only in brain areas linked with sound processing, but also in regions responsible for attention, memory and movement planning.

The findings may help explain why music is such a powerful group experience, said study researcher Daniel Abrams, a neuroscientist at Stanford University.

"Evolutionarily, music is something people came together to do. People chanted when they worked together. It was to bring us together for rituals, and to some degree, that still happens when we go to concerts or a club," Abrams said.

Having the same brain response to music may facilitate collective activities.

Some people may rock out to Metallica while others prefer Bach, but at least a few elements of the listening experience seem to be universal. For instance, studies have found that happiness, anger and other basic emotions are expressed similarly in music across cultures.

To find the roots of common musical experience, Abrams and his colleagues placed 17 listeners in a functional magnetic resonance imaging scanner and studied their brain activity as they listened to a symphony by a somewhat obscure English Baroque composer named William Boyce. All of the participants had grown up listening to Western music.

Areas responsible for movement planning showed similar activation patterns, which may help explain why people dance in groups, Abrams told LiveScience. "Over the course of human evolution, music has been traditionally used in conjunction with synchronized movement and dance," he said.

The researchers can't say whether the similarities in brain responses seen in the study extend to people raised in other musical traditions. For instance, listeners from other cultures may respond to similar rhythms, but may not process musical phrases or melodies the same way, Abrams said.