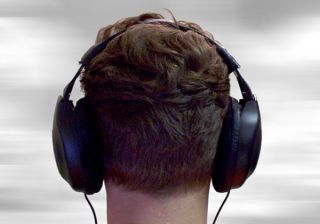 Music has been with us as long as we can collectively remember. Musical instruments have been found dating back tens of thousands of years. Yet no one knows why we love music, or what function, if any, it serves.

Researchers have yet to find a "music center" in the brain. Like many higher-order processes, the tasks involved in processing and enjoying music are distributed across several brain areas.

One study found that when focusing on harmony in a piece, a subject experiences increased activity in the right temporal lobe's auditory areas. Several studies have shown the temporal lobe to be one key region for understanding certain musical features. But it works closely with areas in the frontal lobe responsible for forming meaningful musical syntax (or structure).

Other studies have focused on our emotional responses to music.

A 2001 experiment at McGill College used brain scans to study the neural mechanics of the goosebumps that great music can sometimes induce. They found that the brain structures activated are the same regions linked to other euphoric stimuli, such as food, sex and drugs.

Blood flow in the brain rises and falls to swells of music in areas associated with reward, emotion and arousal.

As stimulation for food and sex are important for a organism's survival, the fact that similar neural activity is observed in responses to features in music suggests that there could be some evolutionary advantage to the ability to hear — or hum — a good tune.