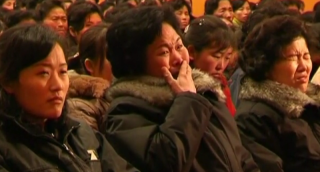 Tensions are rising between North Korea and the rest of the world, as the notoriously secretive nation reportedly prepares medium-range missiles for launch.

South Korean news agency Yonhap reported last week that North Korea has loaded the two missiles onto mobile launchers; in response, South Korea sent destroyers to its northern neighbor's coast. The North Korean government also says it plans to restart a major nuclear reactor it shut down as part of an international deal five years ago. And leader Kim Jong-un ordered rockets readied to strike U.S. military bases in the Pacific, not to mention the U.S. mainland. (It's not clear that North Korea's missiles have that kind of range.)

Amid this brinksmanship, North Korea remains remarkably shut off from the rest of the world. Read on for what's known about the hermit country. [Nuclear Security: Best & Worst Countries (Infographic)]

This division became permanent after the United Nations failed to negotiate a reunification in 1948. The first president of North Korea, Kim Il Sung, declared a policy of "self-reliance," essentially shutting the nation off diplomatically and economically from the rest of the world.

It's a philosophy called iuche, or self-mastery. The idea is that the North Korean people must rely on themselves only. This philosophy, according to Kim Il Sung, required North Korea to maintain political and economic independence (even in the face of famine in the 1990s) and to create a strong national defense system.

North Korea's ruling dynasty has always cast itself as somewhat supernatural. Founder Kim Il Sung was known as Korea's "sun," and claimed control of the weather. Along with his son Kim Jong Il's birthday, Kim Il Sung's birthday is a national holiday. After his death, Sung was embalmed and still lies in state in Pyongyang.

Kim Jong Il's mythology is no less extensive. His birth was hailed as "heaven sent" by propagandists, and state media has often touted impossible feats: He scored a perfect 300 the first time he tried bowling, and shot five holes-in-one the first time he played golf. Upon his death in 2011, the skies about the sacred mountain Paektu in North Korea allegedly glowed red. [Supernatural Powers? Tales of 10 Historical Predictions]

Kim Jong Un, Kim Jong Il's son and successor has yet to have quite so many tall tales told about him, but the news media have described the new leader as "born of heaven" upon his ascension to head of state. In December 2012, North Korean state media declared the discovery of a lair supposedly belonging to a unicorn ridden by Tongmyong, the ancient mythical founder of Korea. The story wasn't an indication that North Koreans believe in literal unicorns, experts said, but a way to shore up Kim Jong Un's rule and North Korea's cred as the "real" Korea.

All the fanciful and funny myths about North Korea's dictators cover up a disturbing truth, however: Some 154,000 North Koreans live in prison camps, according to South Korean government estimates. (Other international bodies put the number at closer to 200,000). There are six camps, surrounded by electrified barbed wire. Two camps allow for some "rehabilitation" and release of prisoners, according to "Escape from Camp 14: One Man's Remarkable Odyssey from North Korea to Freedom in the West" (Viking, 2012). The rest are prisons for life.

"Escape from Camp 14" tells the story of Shin Dong-hyuk, the only person known to have escaped from one of these camps and to have made it to the outside world. Shin was born in the camp; his father was imprisoned because his brother had abandoned North Korea for South Korea decades earlier.

Torture, malnutrition, slave labor and public execution are ways of life in the camps, which are known from satellite imagery. An Amnesty International report in 2011 estimated that 40 percent of camp prisoners die of malnutrition.

Given North Korea's secrecy, it's hard to imagine what daily life in the country is really like. In the book "Nothing to Envy: Ordinary Lives in North Korea" (Spiegel & Grau, 2009), journalist Barbara Demick interviewed North Koreans who escaped to South Korea. They describe a society tied by family (during the famine of the 1990s, parents and grandparents starved first, trying to save food for their children) and inundated with propaganda.

"In the futuristic dystopia imagined in 1984, George Orwell wrote of a world where the only color to be found was in the propaganda posters. Such is the case in North Korea," Demick writes.

It's not clear how many North Koreans buy into this propaganda. Interviews with North Koreans in China by the New York Times suggested that smuggled DVDs from South Korea have enabled average North Koreans to get a glimpse of the world outside their borders.

With such limited access to the outside world, North Koreans who do make it out often struggle to adjust. Many are paranoid, a skill that served them well at home where anyone could turn anyone else in to the police for saying the wrong thing. Some are cognitively impaired by early malnutrition. And few know anything about world history outside of North Korean propaganda. [Top 10 Controversial Psychiatric Disorders]

"Education in North Korea is useless for life in South Korea," Gwak Jong-moon, principal of a boarding school for North Korean refugees, told Blaine Harden, the author of "Escape from Camp 14." "When you are too hungry, you don't go to learn and teachers don't go to teach. Many of our students have been hiding in China for years with no access to schools. As young children in North Korea, they grew up eating bark off trees and thinking it was normal."

According to Harden, the suicide rate for North Korean refugees in South Korea is two-and-a-half times that of the rate for South Koreans.