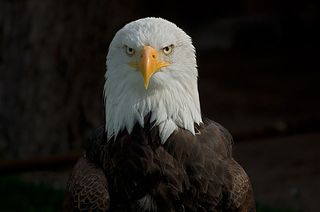 The bald eagle is one of the Endangered Species Act's successes. The iconic bird of prey was officially delisted on June 28, 2007.
(Image: © stock.xchng)