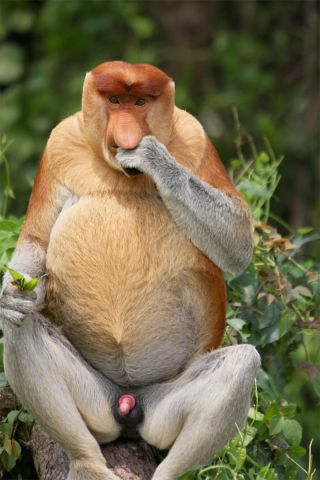 Ancient teeth of old-world monkeys, which are most closely related to humans, have now been unearthed, fossils 3 million years older than previous remains found to date, researchers say.

The modern old-world monkeys emerged during the Miocene epoch, which lasted about 5 million to 23 million years ago and saw the first appearance of wide expanses of grasslands. However, the monkeys' origins and the way they subsequently diversified remain uncertain, since there is a scarcity of fossil sites on land in Africa dating between 6 million and 15 million years old.

"People may wonder if the discovery of a single molar tooth is really compelling evidence for the presence of colobines at this early date, but it is roughly as convincing as a single crashed spaceship would be as evidence for life outside our planet," researcher James Rossie, a paleoprimatologist at Stony Brook University in New York, told LiveScience.

The fossils were uncovered in 2006 at the Tugen Hills in western Kenya. The hot, dry scrubland of the site is a difficult place to work.

"The terrain routinely breaks our vehicles in unexpected ways, and we nearly found ourselves stranded and running out of drinkable water that year," Rossie recalled.

The remains consist of two teeth — a molar and a premolar — and may represent one or possibly two species of early colobine monkeys weighing about 10 pounds (4.5 kilograms). The shape of these teeth suggests the monkeys spent less time eating leaves than their modern relatives, and may have fed more on seeds.

The researchers suggest these findings shed new light on the context in which old-world monkeys arose. For instance, they reveal these early colobines apparently coexisted with other, more archaic primates, and competition with these old-world monkeys could have helped drive the other groups to extinction, they note.

The scientists added it could make sense that early colobines perhaps lived on seeds and unripe fruit. Such a diet would help drive the evolution of a gut to help digest this material, which in turn adapted to break down the leaves that modern colobines often live on today.

Rossie, Hill and their colleague Christopher Gilbert detailed their findings online March 18 in the journal Proceedings of the National Academy of Sciences.