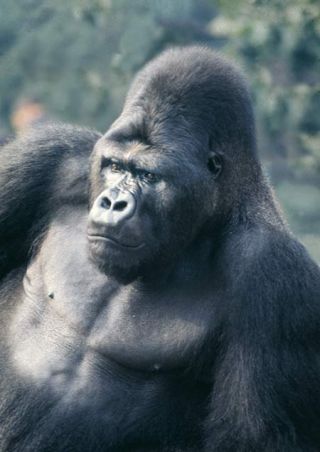 The world's mountain gorilla population has grown slightly to 880 animals, according to the World Wildlife Fund (WWF) conservation group. That's up from an estimated population of 781 animals in 2010.

The critically endangered animals live in only two places in the world — Uganada's Bwindi Impenetrable National Park, and the Virunga Massif area, which spans parts of Uganda, the Democratic Republic of the Congo and Rwanda.

The latest census counted 400 mountain gorillas living in Bwindi, while 480 animals were counted in the Virunga Massif in 2010.

"Mountain gorillas are the only great ape experiencing a population increase," said David Greer, WWF's African great ape program manager, in a statement. "This is largely due to intensive conservation efforts and successful community engagement."

Several groups of mountain gorillas have become accustomed to the presence of humans and the animals have become a significant tourism draw, which has helped fund conservation efforts and local schools, according to the WWF statement.

The gorillas still face grave threats from habitat loss, poaching and disease transfer from humans, however. Oil exploration around Virunga National Park is also a cause for concern, the WWF said.

"More people in Virunga would likely lead to an increase in deforestation, illegal hunting and more snares in the forest," Greer said.  "At least seven Virunga mountain gorillas have been caught in snares this year and two did not survive. The gorilla population remains fragile and could easily slip into decline if conservation management was to be disregarded in the pursuit of oil money by elites."

Gorillas live in social groups known as troops and the 400 mountain gorillas in Bwindi Impenetrable National Park form 36 distinct troops, with an additional 16 solitary males. About 10 of these groups are habituated to the presence of people for tourism or research, the WWF noted.

The typical gorilla troop includes one silverback, a male leader, one immature male, three or four adult females and three to six young offspring under 8 years of age. A male mountain gorilla can grow up to 6 feet (1.8 meters) in height and weigh around 480 pounds (220 kilograms).