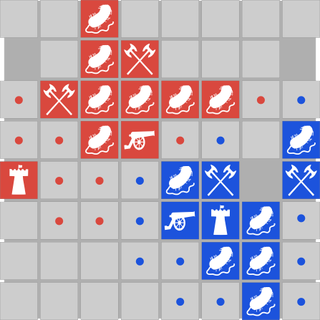 Bacteria take on specific combat roles in battle, with some on the front lines of antibiotic production, new research finds.
(Image: © Otto Cordero)

In the dog-eat-dog world of resource competition, a little cooperation can go a long way toward ensuring victory for a population of plants or animals. Now, researchers have found humble bacteria work together for the common goal of survival, too.

Ocean bacteria in the Vibrionaceae family cooperate to compete against other Vibrionaceae strains, biologists report Friday (Sept. 7) in the journal Science. Among Vibrionaceae colonies, some individuals create powerful antibiotics that kill outsiders, but not their own strain, the researchers find. The discovery points to more complex social interactions among wild bacteria than expected, and also reveals a potential new source of antibiotics against human disease, said study researcher Martin Polz, an environmental microbiologist at the Massachusetts Institute of Technology.

"You have a few individuals within the population that take over the role of the defender or the aggressor, if you will," Polz told LiveScience. "Others are resistant to the antibiotics produced by these individuals, but they're not producing the antibiotics themselves."

The often-overlooked social lives of bacteria are extremely important, Polz said, given that approximately 90 percent of the ocean's biomass is microbial. Every milliliter of surface ocean water contains about a million microbes, he said.

These microbes are responsible for producing nutrients, recycling organic material and other basic processes that keep the oceans humming along, Polz said. But little is known about how they interact with one another.

To study these interactions, Polz and his colleagues use bacteria from the Vibrionaceae, or Vibrio, family, which includes a number of harmless bioluminescent microbes as well as the bug that causes cholera. In the lab, the researchers grew colonies of these ocean bacteria and then pit colonies against one another to watch them interact.

"Some turn out to kill each other," Polz said. "Others are completely immune to each other." [Gallery: Tiny Things That Make Us Sick]

A look at 35,000 interactions between Vibrio colonies turned up 850 antagonistic clashes — the equivalent of bacterial warfare. In statistically analyzing these fights, Polz and his colleagues found that any given killer is more likely to kill outside of its ecological population than within it.

"That was sort of the first cue that there is some structure behind it," Polz said.

In fact, the researchers found, not every Vibrio individual carries weight equally in battle. Some individual cells secrete anti-intruder antibiotics that benefit the colony as a whole. In some cases, these cells act like super-soldiers: About 5 percent of individual Vibrio cells were capable of knocking out more than 25 percent of Vibrio strains from other colonies.

Polz compared these protective antibiotics with "public goods," an economics term used to describe resources like clean air or national defense that benefit everyone in a society.

"In a sense, the nonproducers are cheaters, because they don't have the cost of the production [of antibiotics], but they benefit from this antibiotic," Polz said. The system is stable anyway, he added, perhaps because nonantibiotic-producers pull their weight in other ways, such as producing enzymes or other molecules that the whole colony can use.

This is the first time that such close cooperation has been observed in natural bacterial populations, Polz said. (Most laboratory bacterial studies involve bacteria with a common cloned ancestor, meaning their genetic diversity is not as great as in the wild.) As traditional antibiotics become increasingly ineffective against antibiotic-resistant bacteria, ocean antibiotic-producers may be a source for new drugs, he added.

"This study demonstrates that there is a very large untapped source of potential antibiotics out there in nature," Polz said. "I think that looking into this in more depth will be very important, because we face a rapid decline in the effectiveness of current antibiotics."