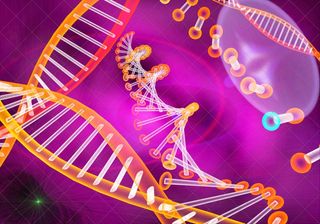 We all jump at an unexpected noise or touch, but in some people, this startle response is exaggerated, and can cause falls and even death.

Now, researchers in the United Kingdom have found new genes for this rare disorder, known as startle disease, or more formally as hyperekplexia.

People with startle disease have an exaggerated startle reflex in response to noise and touch, followed by muscle stiffness, which can cause breathing problems and even sudden infant death syndrome (SIDS).

The condition is present at birth, and while symptoms usually diminish after the first year of life, they can persist into adulthood and lead to unprotected falls, the researchers said.

The disease is caused by multiple genetic mutations, the end result of which is a failure of nerve cells to properly communicate. Specifically, the mutations affect how a molecule called glycine is moved between cells.

Normally, glycine sends inhibitory signals, which dampen a person's responses to noise and sound. In people with startle disease, these inhibitory signals are not received, and the result is an amplified, harmful response.

In the new study, researchers at the University College London and Swansea University in Wales analyzed information from 93 patients with startle disease across the globe, and identified 19 new genetic mutations. The mutations were all in the genes that encode a protein called GlyT2, which is responsible for transporting glycine into cells.

The new findings firmly established mutations in the GlyT2 gene as a major cause of the disease, the researchers said.

A second study found another mutation in GlyT2 that was the cause of eight cases of startle disease in the United Kingdom and Spain.

If nerve cells don’t take in enough glycine, they will also not release enough, and this hinders transmission of the inhibitory signal, said Beatriz López-Corcuera, a researcher at the Universidad Autónoma de Madrid in Spain, who worked on the second study.

Both studies were published online in June in the Journal of Biological Chemistry.

Pass it on: New genes for startle disease have been found.