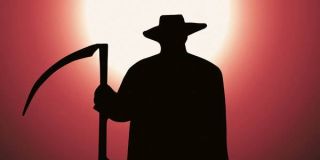 The number of yearly deaths in the U.S. from people practicing autoeroticism, in which the brain's oxygen supply is deliberately lowered to achieve heightened sexual pleasure, is a lot lower than previously thought, according to a new study.

Rather than the oft-cited estimate of 500 to 1,000 deaths per year, the new results suggest that the true number of yearly autoerotic deaths in the U.S is less than 160.

People who engage in autoeroticism often use asphyxiation methods such as hanging, a plastic bag or chemical substances, and these can lead to accidental death.

"We just kept quoting numbers from this book, but it’s the scientific community’s responsibility to check the data that we quote,” said study researcher Dr. Anny Sauvageau, chief medical examiner in Alberta, Canada.

Getting more accurate estimates on these deaths, and a better understanding of the conditions under which they take place, could help prevent them, Sauvageau said.

The study was published in the June issue of the American Journal of Forensic Medicine and Pathology.

In her study, Sauvageau looked at autoerotic deaths in Alberta between 1985 and 2009, and found 38 cases. That means the yearly rate of such deaths likely ranges between 0.2 and 0.5 cases per million people, she said.

Although the number of autoerotic deaths in the U.S. still hasn’t been established, studies suggest that the U.S. would probably have a similar rate, Sauvageau said.

With a U.S. population of about 313 million people, the nation's yearly number of autoerotic deaths is likely between 62 and 156, according to the study.

Sauvageau also looked at information about the deaths for clues to what might put people at greater risk. The victims were all men and most were single. The most common method was hanging, and most victims were found in basements.

Additionally, she found that most victims were not under the influence of alcohol or drugs when the accidental death occurred.

Most of the deaths occurred during the summer months. Sauvageau said that may be because people tend to be more festive during the summer, spending more time with friends and generally enjoying life more, which could lead them to feeling friskier than they do during winter months.

Dr. Douglas Mossman, a forensic psychiatrist at the University of Cincinnati College of Medicine, who was not a part of the research, cautioned that the new numbers could be a chance finding, and that more studies are needed.

Why people engage in such a dangerous practice

Sauvageau said that the longer a person practices autoeroticism, the more comfortable they may become with the dangerous practice.

"They think they can continue to hang without passing out, and that it’s not dangerous," she said.

And for people who think it’s safer to engage in autoeroticismwith a partner, Sauvageau said: "It may not be as dangerous, but it's still dangerous. Accidents can happen."

There are three main ways in which people are sexually stimulated: by touching their genitals; by creating an environment of fear and pain, such as in sadomasochism; or by cutting the supply of oxygen to the brain, Sauvageau said.

"There’s never been a clear explanation as to why the lack of oxygen creates sexual pleasure,” she said.  "People have a huge variety of fantasies that turn them on," Mossman said. "It could be that what’s appealing is a fantasy of being choked or suffocating."

Although people may be aware that it's dangerous, the nature of human thinking means that people don't always make rational decisions, Mossman explained.

"The danger isn't foremost in people’s minds when they're doing something dangerous, including this activity," he said.

Pass it on: The number of yearly autoerotic deaths may be less than thought, but the practice is still dangerous.