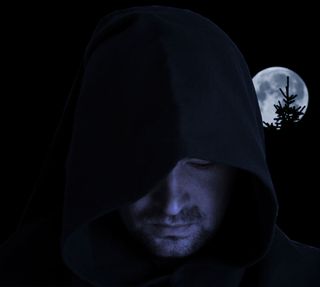 In fact, about 3.6 percent of U.S. adults have walked in their sleep at least once in the previous year, researchers report Monday (May 14) in the journal Neurology. One percent experienced at least two episodes of sleepwalking per month.

The findings are higher than previous studies had suggested, the researchers wrote, including an estimate from a decade-old study of the general European population, which found that only about 2 percent of people had trouble with sleepwalking within the previous year. Results from the new study also showed certain mental illnesses, including depression, and some antidepressant medications were linked with a higher risk of experiencing sleepwalking. The study may provide some clues for treating the disorder, said study researcher Maurice Ohayon, a psychiatrist at the Stanford University School of Medicine.

"Now we know the biggest associations with sleepwalking, and the first thing to do is remove these pathological associations — sleep apnea, insomnia, alcohol consumption," Ohayon told LiveScience. "The key thing we must say to people is, don't be ashamed to be a sleepwalker." [Top 10 Spooky Sleep Disorders]

Sleepwalking, also known as somnambulism, usually occurs during non-rapid eye movement (REM) sleep (dreams, on the other hand, are most linked with the REM phases of sleep). Sleepwalkers should take episodes seriously, Ohayon said, as unconscious amblings can result in major injuries. Sleepwalkers may fall, run into things or even attempt complex tasks like driving a vehicle or initiating sex.

Children are more likely than adults to sleepwalk, a fact borne out by Ohayon and his colleagues' study: Slightly more than a quarter of people said they'd sleepwalked as a child or teen but had not done so recently. All told, 29.2 percent of people had experienced a sleepwalking episode at some point in their lives.

The study was one of the first large-scale, nationally representative looks at sleepwalking in the United States. The only previous study of sleepwalking prevalence in the U.S. was published 30 years ago and focused on Los Angeles-area adults alone.

In the new study, the researchers conducted hour-long phone interviews with 15,929 Americans over the age of 18, chosen to represent the population as a whole. The youngest person in the study was 18; the oldest, 102. The participants reported on their own sleeping problems and were not given official medical diagnoses.

Sleepwalking appears to have a genetic component, as 30 percent of sleepwalkers reported having a relative who walked in their sleep, compared with only 17.2 percent of non-sleepwalkers. But other factors played a role as well. People with other sleep disorders, such as insomnia or sleep apnea, were at risk for sleepwalking, too. People with depression were 3.5 times more likely than mentally healthy people to sleepwalk more than twice a month.

Obsessive-compulsive disorder and alcohol abuse were also associated with sleepwalking. A person with obsessive-compulsive disorder was seven times more likely to sleepwalk more than twice a month than someone without. Other research has suggested that mental illness and sleep difficulties are tied together in the brain. An April 2012 study, for example, found that people with schizophrenia had disrupted circadian rhythms, the "body clock" that regulates sleep and waking.

Some medications were linked with sleepwalking, Ohayon and his colleagues found. People who took sleeping medications were 2.5 times more likely to sleepwalk more than twice a month than people who didn't. Individuals taking selective serotonin reuptake inhibitors, or SSRIs, which are used to treat depression, were at higher risk of sleepwalking as well. But when comparing depressed people taking SSRIs and depressed people not taking SSRIs, the researchers found that SSRIs did not increase sleepwalking risk. That means that it's most likely the depression, not the treatment, at the root of the nighttime ambling, Ohayon said.

The researchers are exploring the link between mental illness and sleepwalking in a study in which they follow participants over time so as to better work out the causal relationship between the two, Ohayon said. They also plan to investigate the genetic component of sleepwalking as well as the links with sleep apnea and insomnia.