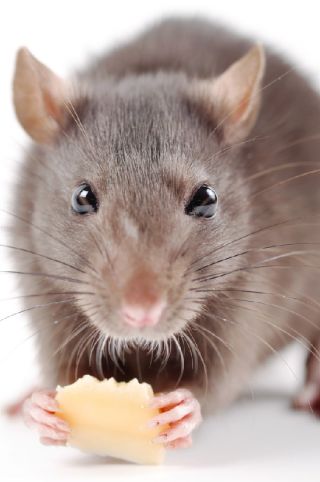 Rats are among the best biters of the rodent world, a study indicates
(Image: © Alkestida | shutterstock)

Rats and their close relatives, including mice, make up nearly a quarter of known mammal species. New research offers a clue to these rodents' success: their bite.

Rodents have evolved two feeding modes, gnawing with their incisors and chewing with their molars farther back in their mouths. However, they cannot do both at the same time.

To find out whether rats could out-bite other rodents, a team of scientists from the United Kingdom, France and Japan, used computer models to simulate the bites of rodents. They also wanted to find out whether it was the rat's skull shape or its jaw muscles that gave it an extraordinary bite; so they created virtual animals with characteristics from different biters, such as a rat skull with squirrel muscles.

But rats turned out to be more efficient at gnawing and chewing than the other rodents.

The results showed "the way rat muscles have adapted over time has increased their ability to chew more effectively than a guinea pig and gnaw better than a squirrel, even though these two species are specialists in these kinds of jaw movements," study researcher Nathan Jeffery of the University of Liverpool said in a statement. "This goes some way to explaining why rats and mice are so successful, as well as destructive, as their versatile feeding behavior allows them to eat through a wide variety of materials efficiently."

The researchers detailed their work today (April 27) in the journal PLoS ONE.