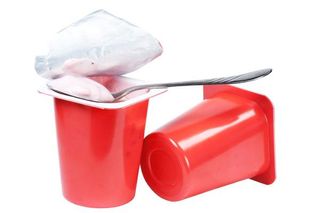 Probiotics are so common in yogurt these days, you might not think twice about giving foods laced with "good" bacteria to your youngsters. But do probiotics provide any benefits for children?

In general, giving probiotics to your kids is not harmful, but there's not a lot of proof it does much good, either. Some studies show probiotics might be beneficial in treating and preventing diarrhea, but the effects are modest, experts say.

So far, studies looking at the effects of probiotics on other gut disorders, including irritable bowel syndrome, have not consistently shown a benefit. And a study published last week in the journal Pediatrics found no evidence that probiotics provide any relief for kids with constipation.

In the end, attempts to change the community of bacteria in kids' tummies, and, consequently, their health, with probiotics may prove futile.

"Given the level of evidence, I can categorically say that I would not recommend parents going out of their way to give probiotics to children," said Dr. Frank Greer, a professor of pediatrics at Meriter Hospital in Madison, Wis. Greer was the lead researcher for the American Academy of Pediatrics that addressed the issue. "Even if they eat the yogurt with five different probiotics in it, as soon as they stop taking the yogurt," the bacteria in their bodies will revert back to its normal state, Greer said.

Probiotics are food products that contain enough live bacteria to change the composition of the consumer's gut bacteria, and have the potential for health benefits, the AAP says.

There's some evidence probiotics may stave off infections of pathogens that cause diarrhea. In a 2005 study of about 200 infants between the ages of 4 months and 10 months, researchers gave probiotics to babies over a 12-week period. On average, those given probiotics had 0.37 days of diarrhea compared with 0.59 days for those given a placebo.

And a study of the use of probiotics in day cares found about seven children, statistically, would have to take probiotics to prevent one case of rotavirus, a virus that causes diarrhea and vomiting.

Other studies suggest taking probiotics may help the immune system of young kids develop in a healthy way, and prevent certain allergies, eczema or asthma. A 2003 study examined the effect of probiotics in about 130 infants at risk for allergies. The infants were given the bacteria, in addition to breast-feeding, for six months.

However, "the current lack of evidence of efficacy does not mean that future clinical research will not establish significant health benefits for probiotics," the AAP statement says.

In healthy, full-term babies, high doses of probiotics don't appear to cause any ill effects, the AAP says.

However, probiotics may pose risks to some children, including preterm babies, children with weakened immune systems and those with catheters or other medical devices inside them. Cases of sepsis have been reported in children and adults who took probiotics.

More research is needed to determine the long-term effects of probiotics on children, the AAP says. And if probiotics are, in fact, beneficial for kids, researchers will need to establish how much kids should take and how long they should take it in order to reap the most benefit.

Pass it on: Probiotics don't pose much of a risk to kids, but they don't benefit them much, either.