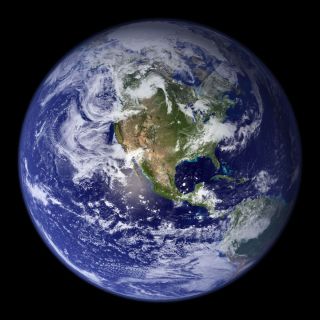 Historically, changes in climate have not only been tied to increased food prices, but also economic crises, social upset and wars, new research suggests.

"Climate is the ultimate cause, and economy is the direct cause, of large-scale human crises," study researcher David Zhang, of the University of Hong Kong, told LiveScience in an email. "The issue of environmental change is one that involves our daily life, such as food, health and savings."

Zhang has studied the effect of climate change on humans, specifically on cultural turmoil and wars. His previous work found that swings in temperature were correlated with times of war in eastern China between 1000 and 1911, and also correlated with climate swings and war records worldwide.

Now, he has taken these studies several steps further by looking at all major aspects of human society during times of climate shift. This work also was able to draw a direct link between climate and social factors. [Top 10 Ways Weather Changed History]

Zhang studied a variety of economic, agricultural, social and cultural factors over 300 years of European history. He analyzed how these factors changed in relation to changing climate during the years of 1500-1800.

During those years Europe had several cool spells, some more extreme than others. For instance, the researchers found that a 100-year cold phase between 1560 and 1660, called the "Little Ice Age," lines up with what's called the "General Crisis of the 17th Century in Europe," (GCSC), which involved social, ecological and demographic crises. This period also saw disease epidemics and changes in human height due to nutritional shortages.

Zhang suggests that climate cooling led to decreased agricultural output, and less food for each person and lowered nutrition; poor nutrition decreased human height during the great crisis (by about 0.8 inches, or 2 centimeters, during the late 16th century). Decreased agriculture also led to an economic crisis, since farmers were making less money from selling their extra food. This was followed by a social crisis, resulting in war and migration. Deaths from war were 20 times higher after 1618, an increase that lasted more than 30 years,

Poor nutrition and increased migration caused an increase in disease, including such illnesses as plague, malaria and typhus. Disease and famine, plus deaths from an increase in wars, led to a population decline during those years as well.

"The climate change [during the Little Ice Age] created the GCSC and forced humans to adapt to such change in various ways," Zhang said. "Under such environmental pressure, human beings started to use various technologies and this led to the industrial revolution."

The first changes to occur after shifts in climate were in food availability. Social and cultural changes happened about five to 30 yearsafter the onset of climate change, because humans were able to use technologies and social buffering solutions to delay the effects of food shortages. This is why these social changes were not as evident during a much milder cooling period in the 1700s.

"Life adaptation to changing environments can be divided into economic, cultural and physiological adaptations," Zhang said. "The latter two are long processes and mild cooling should not affect these two."

How current changes in climate might affect the world population is still unknown.

"Climate always changes. What we are discussing in the paper is the change at decadal-centennial scales," Zhang said. When asked what this might mean for future climate shifts, he said: "We do not know how long the current climate warming will last, so it is not easy to give a clear answer to the question."

Solomon Hsiang, a researcher from Princeton University who was not involved in the study, told LiveScience in an email that the work was "impressive," and "will certainly change how we understand historical developments in Europe."

On future climate changes, he said:"It is difficult to know exactly how much these findings can tell us about the modern world, since many things have changed since 1800."

"It is worth noting that per capita incomes in Europe at 1800 were similar to those we observe in many modern low-income countries," Hsiang continued. "If poverty is a key factor in the link between the global climate and conflict, the global population in the 21st century is still not wealthy enough that we can consider ourselves 'out of the woods.'"

The study was published today (Oct. 3) in the journal Proceedings of the National Academy of Sciences.