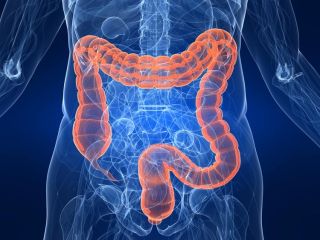 Studies are showing that flushing the colon (or large intestine) with herbs and water is not only useless but may be detrimental to a person's health.
(Image: © Sebastian Kaulitzki | Shutterstock)

Doctors have long argued that colon cleansing is money down the proverbial toilet, utterly useless for good health and a huge waste of time and money. A new study, however, finds that this is only half the story: Colon cleansing not only in unnecessary, but over time, it is also detrimental.

Ranit Mishori, a physician at Georgetown University in Washington, D.C., was seeing too many patients sickened by colon cleansing. So she set out to see if the medical literature offered any evidence supporting the notion that flushing one's colon with a mixture of herbs and water had any beneficial effect.

The answer? Zilch. There are "no scientifically robust studies in support of this practice," Mishori and her Georgetown colleagues wrote in the August 2011 issue of The Journal of Family Practice. Given no apparent benefit yet clear dangers from the procedure, Mishori and her co-authors recommend that doctors adamantly discourage their patients from trying colon cleansing, either from a home kit or at a spa.

That is, you have nothing to gain and everything to lose.

Colon cleansing dates back to ancient Egypt and the belief that intestinal waste can poison the body. This concept also permeated the medieval European belief in the four bodily humors as the root of all disease.

As recent as the end of the 19th century some doctors still took this "intestine as cesspool" idea seriously, calling it autointoxication; and they advocated enemas and other forms of cleansing. This gave rise to an industry of spas where one could have various liquid concoctions squirted up the rectum.

By the early 20th century autointoxication was proven wrong. Aside from the fact that there's no biological mechanism to enable toxins to be absorbed through the colon into the blood, surgeries and autopsies revealed no fecal accumulation. Colon cleansing quickly was relegated to the realm of quackery.

Ah, but then came the era of the Internet, where so-called natural and ancient cures bereft of scientific merit get a fresh outing. Websites abound offering testimonials — and, of course, no real scientific evidence — about the benefits of colon cleansing, also known as colonic irrigation or colonic hydrotherapy.

The underlying problem with colon cleaning is that toxins don't build up in the colon and thus there is nothing to cleanse. But what you do wash away can make you sick.

As Mishiro found in both her practice and in her literature review, the most common side effects are nausea, vomiting, diarrhea and abdominal pain. Depending on the cleansing solution and amount of water used, patients can experience a dramatic loss of electrolytes. Case reports document serious medical conditions, such as kidney and liver failure, air emboli, rectal perforations, blood infections, and death from dysentery.

With routine cleansing, the colon and rectum can lose the ability to generate proper bowel movements, and the patient becomes dependent on enemas.

If you think through some of the outrageous and unfounded claims on websites advocating for colon cleansing, you will see the illogic. For example:

These questions are never raised, because the practitioners — colonic hygienists or hydrotherapists, as they are called — are not doctors and need little more than a high-school degree to be certified by a non-scientific organization. And their equipment and cleansing solutions, mind you, aren't approved by the FDA for colon cleansing.

So in the end, you can't escape the same old story: crap goes in; crap comes out.