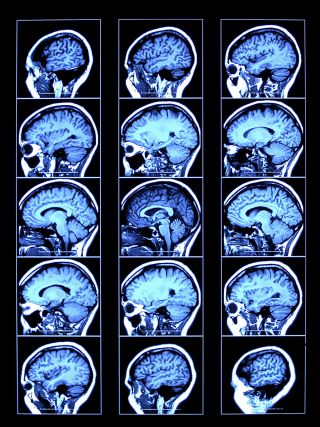 Changes to some of the star-shaped brain cells called astrocytes may play a role in depression, a new study finds.

The findings are based on the postmortem examination of brains of depressed individuals who committed suicide.

The researchers focused on a part of the brain involved in mood regulation and decision making, called the anterior cingulate cortex. In depressed people, some astrocytes were larger and more branched than those of people with no history of psychiatric illness who died suddenly, the researchers said.

These differences showed up only in the brains' white matter, not gray matter. White matter, found deep inside the brain, consists mostly of "cables" that allow different brain areas to communicate.

The study adds to a growing body of research linking changes in white matter to depression. It is the first study to "zoom in" and observe changes occurring at a cellular level, said study researcher Naguib Mechawar of McGill University in Quebec.

The researchers said they don't know whether these alterations are a cause or effect of depression and can only speculate on how the changes would contribute to the mood disorder. It's likely they would affect communication between the anterior cingulate cortex and other parts of the brain, Mechawar added.

Astrocytes belong to a group of brain cells known as glial cells. (Glia is Greek for "glue.") For most of the previous century, glial cells were thought to be minor players in brain activity, providing structural and nutritional support for neurons, which were thought to do the heavy lifting.

But recently scientists have come to realize these cells play an important role in brain function, and they have been implicated in diseases such as depression. "They're not just innocent bystanders," Mechawar said.

Mechawar and colleagues obtained brain samples from 10 people who had committed suicide while suffering depressive episodes, and from 10 other deceased people, which served as a control group. The researchers stained the brain cells so they could distinguish the cells' individual features.

There was virtually no difference in astrocytes in the gray matter of the two groups. However, in the white matter, astrocytes were bigger, and had about twice as many branches, in the people who had committed suicide. Furthermore, the branches were about twice as long.

Inflammation in the brain

The researchers said the astrocytes may have changed in reaction to a change in their environment – specifically, inflammation in the brain. Chronically high levels of inflammation have been linked to stress and are known to be bad for health.

The immune system produces inflammation as a reaction to foreign invaders, but it also can occur independent of infection. Astrocytes are known to swell up when they sense inflammation.

The new study adds weight to what is called the neuroinflammatory theory of depression. This theory posits that molecules involved in inflammation play a role in the development of depressive symptoms. Several independent studies have found elevated levels of inflammatory markers in the blood of depressed people. And treatments that include molecules that promote inflammation can induce depressive-like symptoms, the researchers said.

If inflammation in the brain is indeed tied to depression, treatment to reduce inflammation may one day help ameliorate the mental condition, Mechawar said.

The results were published this week in the journal Neuropsychopharmacology.

Pass it on: Astrocytes in the brain's white matter are abnormal in depressed subjects who have committed suicide.