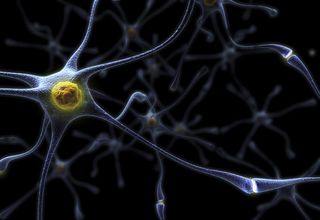 A burst of brain activity dubbed the "wave of death" may not signal the end after all, a new study finds.

This burst, seen in the brains of rats about one minute after decapitation, is a result of brain cells suddenly losing access to oxygen and energy, but it is not necessarily irreversible, according to the research published online July 13 in the open-access journal PLoS ONE. Earlier this year, another group of researchers had suggested that the "wave of death" might signal brain death.

"In fact," researchers wrote in the new study, "this wave does not imply death, neither of neurons nor of individuals." [Top 10 Mysteries of the Mind]

The study highlights the difficulty of pinpointing the moment of death. Doctors now think of death as a process: The breath and heart must cease, as must brain activity.

Normally these three events take place in relatively quick succession, but that doesn't mean that all of the cells of the body are dead. For example, a 2002 study published in the Journal of Cellular and Molecular Medicine found that brain cells taken from a person several hours after death could survive for weeks in the lab.

Of course, brain cells surviving in a dish aren't the same thing as a live, conscious brain. In a study published in January in PLoS ONE, Dutch neuroscientist Anton Coenen of Radboud University Nijmegen and his colleagues were concerned about the ethics of killing lab rats via decapitation. The question, the researchers wrote, was whether awake rats suffer from a swift beheading or they quickly lose consciousness and avoid much pain.

To find out, the researchers decapitated both awake and anesthetized rats while measuring the electrical activity in the animals' brains with an EEG, or electroencephalograph.

In both awake and anesthetized rats, the EEG went dead about 17 seconds after decapitation — though the researchers noted that it was at a low enough level to suggest a lack of consciousness within 3.7 seconds. Then they noticed something strange: About a minute after decapitation, a slow, large electrical wave roiled through the rats' brains.

Point of no return

Coenen's team speculated that this wave was the brain finally giving up the ghost. Neurons communicate with electrical signals, which they generate thanks to an imbalance of positive and negative charges along their cell walls. This imbalance is called a "membrane potential." Coenen and his colleagues speculated that the "wave of death" they saw on the EEG was the final loss of the membrane potential and a sign of irreversible brain death.

In the new paper, neurologist Michel van Putten of the University of Twente in the Netherlands and his colleagues used a computer model to simulate the chemical changes that happen in the brain during death of rats. They, too, found the wave of death. But van Putten and his colleagues don't agree that the wave represents a point of no return for the brain.

Even after the wave of death, the researchers wrote, the brain cells could still theoretically rally if resupplied with oxygen and glucose, the sugar that drives the brain. As evidence, the researchers point to the brain cells taken from deceased humans living on in the lab, as well as to a 1981 study published in the journal Stroke in which scientists saw electrical activity return to brain cells after 15 minutes of oxygen deprivation.

Coenen was reportedly pleased that the results of the modeling experiment matched his real-world observations in beheaded rats. However, Coenen told ScienceNews magazine, he still believes that the damage wreaked by the wave of death is irreversible. He plans to investigate further.