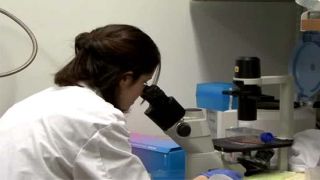 The human papillomavirus spurs the development of nonmelanoma skin cancers, a new study in mice shows.

The findings are "of paramount importance," because if the virus is shown to cause skin cancer in people, then vaccines could be developed to prevent skin cancer as they have been to prevent cervical cancer, said study researcher Dr. Lutz Gissman, head of the division of genome modifications and carcinogenesis at the German Cancer Research Center.

Researchers suspected that an infectious agent was involved in the cancer because previous studies had shown that patients whose immune systems are not fully functional were more likely to develop these skin cancers.  For example, organ transplant recipients, whose immune systems are suppressed with drugs to avoid organ rejection, have a fiftyfold to hundredfold higher risk of developing these cancers than the general population.

Recipients of organ transplants and others with compromised immune systems could particularly benefit from a vaccine against the virus, the researchers said.

The incidence of these cancers is rising, due mainly to the increased aging population and increases in sun exposure, the researchers said.

Most nonmelanoma skin cancers develop on parts of the body often exposed to sunlight, such as the face, neck and hands. These cancers rarely spread to other parts of the body, according to the American Cancer Society.

There were more than 1 million new cases of nonmelanoma skin cancers in the U.S. in 2010, but fewer than 1,000 deaths from the disease that year, according to the National Cancer Institute.

Researchers from the World Health Organization's collaborated with the German researchers.  The study was published on July 14 in the journal PLoS Pathogens.

Pass it on: The human papillomavirus (HPV) stimulates the development of nonmelanoma skin cancers, a new study finds.