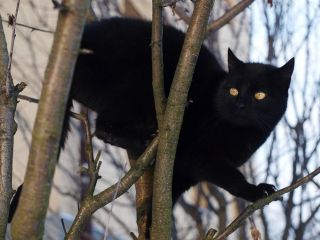 If you are spooked by Friday the 13th, you're likely not alone, as we humans are a superstitious lot.

Many superstitions stem from the same human trait that causes us to believe in monsters and ghosts: When our brains can't explain something, we make stuff up. In fact, a 2010 study found that superstitions can sometimes work, because believing in something can improve performance on a task.

Here, then, are 13 of the most common superstitions.

Usually grumbled by an expert who just lost a game to a novice, "beginner's luck" is the idea that newbies are unusually likely to win when they try out a sport, game or activity for the first time.

Beginners might come out ahead in some cases because the novice is less stressed out about winning. Too much anxiety, after all, can hamper performance. Or it could just be a statistical fluke, especially in chance-based gambling games.

Or, like many superstitions, a belief in beginner's luck might arise because of confirmation bias. Confirmation bias is a psychological phenomenon in which people are more likely to remember events that fit their worldview. If you believe you're going to win because you're a beginner, you're more likely to remember all the times you were right — and forget the times you ended up in last place.

Don't walk under that ladder!

Frankly, this superstition is pretty practical. Who wants to be responsible for stumbling and knocking a carpenter off his perch? But one theory holds that this superstition arises from a Christian belief in the Holy Trinity: Since a ladder leaning against a wall forms a triangle, "breaking" that triangle was blasphemous.

Then again, another popular theory is that a fear of walking under a ladder has to do with its resemblance to a medieval gallows. We're sticking with the safety-first explanation for this one.

As companion animals for humans for thousands of years, cats play all sorts of mythological roles. In ancient Egypt, cats were revered; today, Americans collectively keep more than 81 million cats as pets.

So why keep a black cat out of your path? Most likely, this superstition arises from old beliefs in witches and their animal familiars, which were often said to take the form of domestic animals like cats.

A rabbit's foot will bring you luck

Talismans and amulets are a time-honored way of fending off evil; consider the crosses and garlic that are supposed to keep vampires at bay. Rabbit feet as talismans may hark back to early Celtic tribes in Britain. They may also arise from hoodoo, a form of African-American folk magic and superstition that blends Native American, European and African tradition. [Rumor or Reality: The Creatures of Cryptozoology]

Remember confirmation bias? The belief that bad luck comes in threes is a classic example. A couple things go wrong, and believers may start to look for the next bit of bad luck. A lost shoe might be forgotten one day, but seen as the third in a series of bad breaks the next.

According to folklore, breaking a mirror is a surefire way to doom yourself to seven years of bad luck. The superstition seems to arise from the belief that mirrors don't just reflect your image; they hold bits of your soul. That belief led people in the old days of the American South to cover mirrors in a house when someone died, lest their soul be trapped inside.

Like the number three, the number seven is often associated with luck. Seven years is a long time to be unlucky, which may be why people have come up with counter-measures to free themselves after breaking a mirror. These include touching a piece of the broken mirror to a tombstone or grinding the mirror shards into powder.

Three sixes in a row give some people the chills. It's a superstition that harks back to the Bible. In the Book of Revelation, 666 is given as the number of the "beast," and is often interpreted as the mark of Satan and a sign of the end times.

According to State University of New York at Buffalo anthropologist Philips Stevens, the writer of Revelation was writing to persecuted Christians in code, so the numbers and names in the book are contemporary references. Three sixes in a row is probably the numeric equivalent of the Hebrew letters for the first-century Roman Emperor Nero. [End of the World? Top Doomsday Fears]

This phrase is almost like a verbal talisman, designed to ward off bad luck after tempting fate: "Breaking that mirror didn't bring me any trouble, knock on wood."

The fixation on wood may come from old myths about good spirits in trees or from an association with the Christian cross. Similar phrases abound in multiple languages, suggesting that the desire not to upset a spiteful universe is very common.

Make a wish on a wishbone

The tradition of turkey bone tug-of-war goes back a long way. Legend has it that first-century Romans used to fight over dried wishbones — which they believed were good luck — and would accidentally break them, ushering in the idea that whoever has the largest bit of bone gets their wish. Bird bones have also been used in divination throughout history, with a supposed soothsayer throwing the bones and reading their patterns to predict the future.