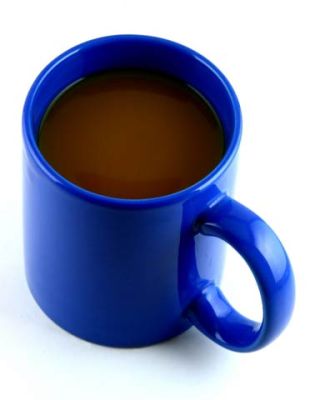 Whether or not you're a caffeine junkie is in part determined by your genes, a new study says.

The study identified two genes associated with the amount of caffeine people consume. Both of the genes are known to be involved in the breakdown of caffeine in the liver.

The findings suggest one of the main reasons why some people drink more caffeine than others is that the heavy drinkers are better able to tolerate it, the researchers say. The study did not find a strong link between caffeine consumption and genes involved in the brain's response to caffeine.

While both the liver and the brain influence caffeine consumption, "It turns out that your liver, more than your brain, determines daily caffeine intake," said study researcher Neil Caporaso, of the National Cancer Institute.

"You might think, I drink caffeine to feel good, or not to feel bad, but that, in turn, is established by how fast your liver breaks down the caffeine," Caporaso said. "If your liver breaks it down very rapidly, then likely you drink more."

More than 90 percent of U.S. adults consume caffeine, and the findings provide insight into what influences this habit, which can be good or bad. In moderation, caffeine might counter cognitive decline, but too much can impair cognition, cut into sleep and even cause hallucinations.

Studies on twins have suggested that the amount of caffeine a person drinks is, in part, hereditary. But researchers didn't know what genes determine this caffeine preference.

Caporaso and his colleagues scanned the genes of more than 47,000 individuals. Participants answered questions about how much coffee, tea, soda and chocolate they consumed.

The researchers identified two genes, CYP1A2 and AHR, that are associated with caffeine intake. Everybody has these genes, but some people have variations that are more active than others. People with the most active versions of these genes drank about 40 milligrams more of caffeine than did people with the least active version, Caporaso said. That's equivalent to an 8-ounce can of Diet Coke, Caporaso said.

Both CYP1A2 and AHR have been previously identified as genes that break down caffeine. But researchers didn't know that having a different version of these genes would influence how much caffeine people drink, Caporaso said.

The method used to find these genes, known as a genome-wide association study, looks for genes linked to a disease or habit in a completely unbiased manner. This means the researchers went into the study without a preconceived idea of what they were going to find.

The gene CYP1A2 is involved in the breakdown of many chemicals, including carcinogens. Caporaso would like to see whether variations of this gene also influence a person's cancer risk, he said.

The researchers are also investigating whether people who don't drink any caffeine at all have special genetic variations, Caporaso said.

The study is published in the journal PLoS Genetics.

Pass it on: Genes involved in the breakdown of caffeine in the liver may determine how much caffeine you consume.