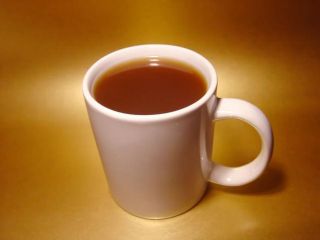 A new gamut of research is making the case that caffeine, a drug known for its short-term boost to mental functioning, could have therapeutic value for the preventative care of illnesses, such as Alzheimer's and Parkinson's disease.

Regular consumption of caffeine over the long-term has been linked to lower incidences of Parkinson’s and Alzheimer's disease in humans and lesser memory dysfunction and neurodegeration in animals, write neuroscientists Alexandre de Mendonça of the University of Lisbon and Rodrigo A. Cunha of the University of Coimbra, both in Portugal, in this month's issue of the Journal of Alzheimer's Research.

The beneficial effects only appeared when caffeine was consumed in moderate amounts (the equivalent of up to 4 cups of coffee a day for humans) regularly over a long period of time, Cunha told Livescience.

Rather than improve memory, "caffeine prevents any deterioration of memory caused by insults you might be prone to," Cunha said.

Even so, the researchers warn against downing coffee to keep the brain in tip-top shape.

"We are all desperate for a cure, but I would be very cautious about gobbling down 8 cups of coffee to prevent Alzheimer’s disease," said Marsel Mesulam, director of the Cognitive Neurology and Alzheimer’s Disease Center at Northwestern University. "It's interesting scientifically and chemically, but it’s not a call to action yet."

More than 20 international studies on the link between caffeine and neurodegenerative disorders are published in the Journal of Alzheimer's Research, which devoted an entire issue to the subject.

In one study, the "insult" was cholesterol, which causes neurons to thicken and become less plastic, Cunha said. Explaining research by Jonathan Geiger of the University of North Dakota, he said that while rabbits that regularly consumed cholesterol over several months eventually had problems with walking and memory tests, those that also regularly ingested caffeine did not.

In other studies, the "insult" was the actual inception of Parkinson's or Alzheimer's, both diseases that affect the neural functioning of the brain and for which few treatments exist.

Scientists found that caffeine inhibits the expression of brain cells that are damaged by Parkinson’s disease, thus indirectly reducing the loss of motor control seen in the early stages of the illness. In another study, researchers found what they called "surprising" evidence that caffeine both reversed and protected against memory loss in mice that were affected by Alzheimer's.

"We are not aware of any AD drug under development by the pharmaceutical industry that has caffeine's profound ability to reduce Aβ− producing enzymes," wrote Florida-based researchers Gary W. Arendash and Chuanhai Cao in the research paper that communicated the findings. Otherwise known as abeta or amyloid-beta, Aβ are complex proteins whose build-up in the brain is believed by many to be responsible for Alzheimer's.

Similarly, there is evidence that "caffeine is the first compound to restore both motor and non-motor early symptoms of [Parkinson's disease]," Rui D.S. Prediger of the Universidade Federal de Santa Catarina wrote in an article in the Journal of Alzheimer's Research.

Mechanism is a Mystery

Exactly how caffeine recovers losses to the brain's health, rather than simply boosting wakefulness, is still an open question.

One idea is that caffeine helps stabilize the blood-brain barrier, an assembly of cells that keeps molecules in the blood from entering brain tissues. According to Cunha, the study on rabbits showed that caffeine maintained the “immune privilege” of the brain by recovering the functioning of this barrier and its ability to protect the brain from harmful levels of chemicals.

Another idea promoted for why caffeine can aid against memory decline is that it increases levels of dopamine, a chemical that relays signals between neurons. But pleasure also stimulates this chemical, Cunha said. “And people normally like taking coffee.”

Because research has been limited to clinical studies on animals, and retrospective studies of the prevalence of illness in humans, researchers can only see correlation, not causality, Cunha said. “We still cannot make a strong statement in terms of the mechanisms by which caffeine affords this protective effect.”

“The ultimate result would be to take people with Alzheimer’s and give them coffee and others with a placebo and to show that coffee makes a difference. I don’t think that’s been shown,” said Mesulam said.

According to Cunha, clinical trials on humans have awaited proof that long-term consumption of moderate amounts of caffeine poses no harm. They are also "extremely expensive," requiring a large population of people, 10 to 20 years of monitoring, and very careful planning in order to be considered, he said.

Since some animals, such as rats, have shorter life cycles, everything progresses faster, meaning a long-term study could finish up in months. The same study would take many years in humans.

"An exciting period of clinical research with caffeine and coffee against [Alzheimer’s disease] is on the horizon. This research may finally show that a safe and readily available natural agent —caffeine —provides the first effective therapeutic against AD," Arendash and Cao wrote in the journal.