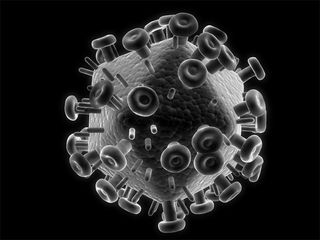 Last year, doctors in Berlin made an unprecedented announcement: They declared an HIV patient who had undergone an HIV-resistant bone marrow transplant to be cured of his disease. Now, doctors in Texas are hoping to build on that success story by screening stored umbilical cord blood for HIV-resistant stem cells that could be transplanted into patients.

The treatment would benefit only a small group of people who have both HIV and certain cancers, and the chance of finding a suitable genetic match between stem cells and patients is low. It's also risky – almost one-third of patients who undergo the bone marrow transplant procedure die. But the research is part of a wider push to develop drug-free ways of living with HIV.

Drug therapies have been a godsend for patients who would have otherwise died without them, said Paula Cannon, a stem cell researcher at the University of Southern California's Keck School of Medicine. (Cannon was not involved in the Texas study, set to be published in an upcoming issue of the journal HIV Medicine.)  But as HIV patients live longer and longer on drugs, side effects, such as diarrhea and nausea, and cost become major problems.

"It's good for us to be bold," Cannon told LiveScience. "We've applied the tourniquet, we've stopped the bleeding. But now, can we do something to fix the underlying wound?"

The study focuses on cord blood, which comes from the placenta and umbilical cord of newborns and contains stem cells capable of becoming any type of blood or immune cell.

The researchers knew that a small number of people — perhaps 1 percent of Caucasians and fewer people in other ethnic groups — have a natural resistance to HIV because of a genetic mutation. The mutation, called a delta-32 mutation, affects an immune cell protein called CCR5. This protein is the port of entry for HIV into the body's immune cells. People who are homozygous for the mutation — meaning they have two genetic copies of it — are resistant to HIV infection.

"We had this idea that in all these cord bloods that are being donated to our banks, there's probably a certain percentage of them … that are heterozygous and homozygous [for the mutation]," study author Richard Behringer, a geneticist at MD Anderson Cancer Center in Houston, told LiveScience. "And if we could identify those homozygous samples, those could be banked as a potential stem cell therapy for HIV infection."

The idea echoes the case of the Berlin patient, whom doctors pronounced cured of HIV in the December 2010 issue of the journal Blood. That patient had both HIV and leukemia. He received two bone marrow transplants in 2007 for his leukemia, but doctors made a point of seeking out donors with two delta-32 mutations. They killed the patient's own bone marrow and transplanted the donor marrow in its place. The stem cells in the donor's marrow took hold and repopulated the patient's immune system. As a side effect, the man's body became inhospitable to HIV (though researchers warn a small amount of the virus could still be present in his body).

The potential cord blood treatment would work in much the same way, except that instead of an adult donor, the stem cells would come from a frozen vial of cord blood. After screening more than 1,500 cord blood samples donated at three hospitals in Houston, Behringer and his team turned up 10 HIV-resistant samples. Two failed the quality control standards necessary for transplant, leaving 8 potential samples awaiting the right patient.

Behringer is quick to note the drawbacks of the cord blood treatment. Any transplant carries the risk of rejection, and bone marrow transplants can sometimes take root and attack the rest of the body. Genetic matches are hard to make. Knocking out the patients' original immune system leaves them vulnerable to infections that the body can usually fight. According to Kristina Allers, a doctor at the Charite University Medicine in Berlin who worked with the Berlin patient, 30 percent of bone marrow transplant patients die.

Because of the risk, the potential HIV treatment is very unlikely to be used on patients with HIV alone. Attempting to cure HIV with this method can only happen as a side effect of treating an immediately life-threatening cancer. That doesn't mean that screening cord blood for HIV resistance is a waste of time, said Cannon. She called the treatment "important, if it's you."

"At this stage, it's good that people are starting to collect this information," Cannon told LiveScience. But, she said, "I don't see it as something that is going to be widely applicable."

For treatments with wider implications, researchers are working to turn patients' own cells into delta-32 mutants. The research is still in the early stages, but researchers are cautiously optimistic about some early results.

In one line of work, researchers including Cannon are taking stem cells from the blood and treating them with enzymes called zinc finger nucleases. These enzymes act like "molecular scissors," Cannon said, snipping the CCR5 gene to mimic a delta-32 mutation. The idea, not yet tested on human patients, is that the modified cells can be injected back into the body, where they'd start reproducing. HIV cells could still invade and kill unmodified immune cells, but the hope is that the modified cells would survive and thrive, Cannon said, ultimately preventing full-blown AIDS.

An early test of a similar concept, this one using specially engineered viruses to modify patients' stem cells, showed some success in humans, researchers reported in June 2010 in the journal Science Translational Medicine. That experiment transplanted modified stem cells into four patients with lymphoma and HIV. The cells were modified not just on the CCR5 gene, but also with several additional changes to prevent HIV from mutating and using other ports of entry into immune cells.

For ethical reasons, the patients received mostly unmodified stem cells, making it impossible to determine if the modified cells could have treated the HIV. But the modified cells appeared to be safe, and they were present up to two years after the transplant, study co-author John Rossi of City of Hope Hospital in Duarte, Calif., told LiveScience. Clinical work continues, Rossi said.

"We're trying to optimize the number of genetically modified cells that the patient receives," he said.

All of these treatments are a long way from providing the longed-for cure for HIV, researchers say. But the Berlin patient's success has given the field a boost.

"We're all congregating around the fact that having CCR5-negative cells in a patient's body is probably going to be a good thing," Cannon said. "There's just different ways to get there."