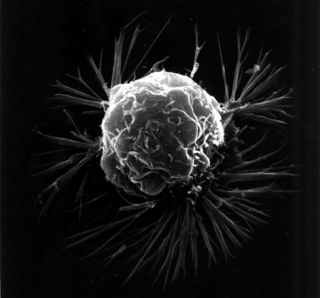 This is the second part of a three-part series on the PSA test for prostate cancer.

Cancer of the prostate is one of the most common types of cancer among American men. More than 6 in 10 cases of prostate cancer cases occur in men 65 and older. Treatment for prostate cancer works best when the disease is found early.

Prostate-specific antigen (PSA) is a protein produced by the cells of the prostate gland. The PSA test measures the level of this protein in the blood. It can be detected at a low level in the blood of all adult men.

A fundamental problem with the PSA test is that, while elevated levels can indicate the presence of cancer, they can also be caused by other problems such as benign enlargement of the prostate that comes with age, infection, inflammation and seemingly trivial events such as ejaculation and a bowel movement.

Another major problem with the PSA test is defining what is “abnormal.” Older men usually have higher PSA measurements than younger men. African-Americans normally have slightly higher values than whites.

PSA test results are usually reported as nanograms of PSA per milliliter (ng/mL) of blood. In the past, most doctors considered PSA values below 4.0 ng/mL as normal. However, recent research found prostate cancer in men with PSA levels below 4.0 ng/mL

Some researchers have suggested lowering the PSA cutoff levels. For example, a number of studies have used cutoff levels of 2.5 or 3.0 ng/mL instead of  4.0 ng/mL.

Doctors who use age-adjusted levels usually suggest that men younger than age 50 should have a PSA level below 2.4 ng/mL, while a PSA level up to 6.5 ng/mL would be considered normal for men in their 70s. Doctors do not agree about the accuracy and usefulness of age-adjusted PSA levels.

But there’s even more to make you nuts when you’re evaluating your PSA.

PSA is either free or attached to a protein molecule. If you have a benign prostate condition, there is more free PSA. Cancer produces more of the attached form. A free PSA test that indicates prostate cancer can lead to more testing, such as a biopsy.

PSA velocity is the change in PSA levels over time. A sharp rise in the PSA level may indicate a fast-growing cancer.

The relationship of the PSA level to prostate size is PSA density. An elevated PSA in a man with a very large prostate is not as alarming as a high PSA reading in someone with a small prostate.

Another problem with PSA are false test results.

If you have an elevated PSA but no cancer, you get what is called a false positive. This type of result can lead to medical procedures, anxiety, health risks and expense. Most men with an elevated PSA don’t have cancer.

When you have prostate cancer and your PSA test comes back in the normal range, you get a false negative. It’s important to understand that most prostate cancers are slow-growing; they can be around for many years before they cause symptoms.

[To be continued in our next column.]