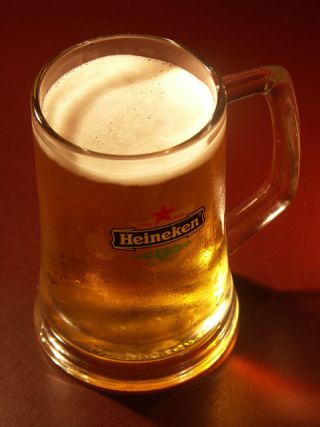 After beer is made, the waste from breweries could help generate power, researchers now suggest.

One problem brewers face is what to do with the thousands of tons of grain left over at the end of the brewing process. In the past, they just sold the waste to farmers who either fed it to their animals or spread it on their fields as fertilizer. However, in Europe, given reductions in cattle breeding and stricter regulations on what waste is allowed on land, neither option is as easy anymore.

"We reached a situation in 2000 where breweries even had to pay to dispose of their spent grain," said researcher Wolfgang Bengel, the technical director of BMP Biomasse Projekt, a German biomass company.

Instead of a headache, Bengel saw a business opportunity. He had previously taken waste from rice and sugar cane and produced energy from it in China and Thailand, and thought a similar process could be developed for brewery leftovers. Such energy could help fuel the breweries themselves.

"Beer  making is energy intensive — you boil stuff, use hot water and steam and then use electric energy for cooling — so if you recover more than 50 percent of your own energy costs from the spent grain, that's a big saving," Bengel explained.

The wet grain and wastewater is put into a fermenter loaded with bacteria that break down organic compounds to generate methane. The biogas and dried sludge from the fermenter are then burned to boil water and produce high-pressure steam, which in turn drives a turbine to generate power.

The partners are now trying to attract commercial contracts from those wanting to become greener beer makers. Breweries could pay for and install the equipment themselves, or perhaps waste management firms could make the investment on the machines in return for selling the energy back to breweries. A number of interested companies have been shown around their test plant, Bengel noted.