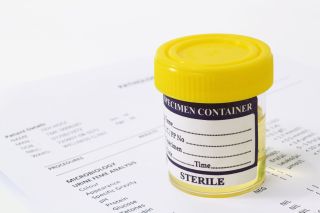 When a woman in Pennsylvania needed a life-saving liver transplant, she repeatedly ran up against one vexing problem: She kept testing positive for alcohol — which disqualified her from a transplant — even though she swore she hadn't been drinking.

Doctors would later discover that something quite strange was going on: Microbes in the woman's bladder were fermenting alcohol, according to a new report of the case.

The woman's condition is similar to a rare disorder called "auto-brewery syndrome" (ABS), in which microbes in the gastrointestinal tract convert carbohydrates into alcohol. People with ABS can get drunk just from eating carbs, Live Science previously reported. But in the woman's case, the fermentation was taking place in her bladder, which makes her condition distinct from ABS, the report said. In her case, the alcohol didn't get from the bladder into the bloodstream, so the woman didn't appear intoxicated.

The woman's condition was so rare that it didn't even have a name yet. Her doctors proposed calling it "urinary auto-brewery syndrome" or "bladder fermentation syndrome."

Related: 9 weird ways you can test positive for drugs

The 61-year-old woman went to the University of Pittsburgh Medical Center (UPMC) Presbyterian Hospital because she had cirrhosis, or scarring of the liver, and needed to be placed on the liver-transplant waitlist, according to the report. She also had diabetes that was not under control, meaning her blood sugar levels were high.

Previously, the woman had visited another hospital, but she could not get on the liver-transplant waitlist there, because her urine repeatedly tested positive for alcohol. Doctors at that hospital told her she needed treatment for alcohol addiction.

At UPMC Presbyterian Hospital, the woman also tested positive for alcohol (ethanol) on a urine drug test, leading doctors to suspect she was "hiding an alcohol use disorder," the authors wrote in the report, published Monday (Feb. 24) in the journal Annals of Internal Medicine. But she consistently denied drinking alcohol.

That's when doctors noticed something curious: Urine tests for two metabolites of alcohol, ethyl glucuronide and ethyl sulfate, were negative for the woman. This was puzzling because at least one of these metabolites should be present in urine for several days after a person drinks alcohol, said study senior author Dr. Kenichi Tamama, an associate professor of pathology and medical director of UPMC's Clinical Toxicology Laboratory. "This was the first clue" that something was off, Tamama said.

The woman's blood tests for ethanol were also negative, and she did not appear intoxicated.

Tamama additionally noticed that the woman had very high levels of glucose (sugar) in her urine, due to her poorly controlled diabetes, as well as high levels of yeast. The doctor wondered if the microbes colonizing the woman's bladder were fermenting that sugar into alcohol.

"As I went over the medical record of the patient and learned the situation of the patient, I started feeling obliged to do something for this patient, because she might have been falsely mislabeled as an alcohol abuser," Tamama told Live Science.

To test Tamama's idea, the researchers conducted a careful experiment; they took a sample of the patient's "freshly voided urine" and quickly put it on ice. Then, they incubated the sample in a test tube at body temperature (98.6 degrees Fahrenheit, 37 degrees Celsius) and saw "remarkably high levels of ethanol production," the report said. This production did not occur when the sample was incubated at a lower temperature (39 F, 4 C) or if the researchers added a chemical to block fermentation.

"We concluded that the discrepant test results were best explained by yeast fermenting sugar in the bladder," the authors wrote. They also identified the yeast Candida glabrata in the woman's urine. This microbe is part of the normal microbiome in people, and it is closely related to brewer's yeast, the authors said.

As a result of these findings, the woman was reconsidered for liver transplantation, the report said.

There have been a few previous reports of people with diabetes who were found to have ethanol in their urine as a result of yeast fermenting sugar into alcohol. However, these earlier reports were limited in various ways; for example, in one previous case, the fermentation was found postmortem. In other cases, the fermentation was suspected to have occured in a test tube only (as a result of the sample being left out of the fridge), not in the bladder.

The new report alerts doctors to "the importance of recognizing urinary auto-brewery syndrome when it is present," the authors said.

At the time of publication, the authors did not have consent from the patient to provide an update on how she's doing now, Tamama said.