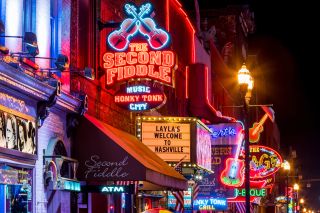 As of Saturday (March 28), Tennessee has 1,373 confirmed cases of COVID-19, according to the Tennessee Department of Health. That's about the same number of cases as Connecticut has, and in the top 15 or 16 on the list of states with the most U.S. coronavirus cases.

The state department of health has run 1,398 tests for the new virus, and private and commercial labs have reported running 15,694 tests. At least 118 people are hospitalized with COVID-19 in the state.

The state has reported six coronavirus fatalities. The first was Pete Meenen, a 73-year-old from Brentwood in Davidson County who died on March 20. Two other men from Davidson County have since succumbed to the disease, as well as a Hamilton County resident, according to WKRN. The state health department is not releasing information about the county-by-county death toll for reasons of privacy, a spokesperson told Knox News on Friday (March 27).

While Nashville and its surroundings have been hardest-hit by the virus thus far, there is evidence that community spread is reaching into rural communities in the state. This week, doctors in Northeast Tennessee said they have found cases in that region that are not linked to travel, News Channel 11 reported.

Meanwhile, some municipalities are issuing safer-at-home orders. On Sunday (March 22), city mayor John Cooper and the Nashville Metro Public Health Department issued a stay-at-home order asking citizens to stay home unless engaging in an essential activity. Allowed activities include grocery shopping, pharmacy visits, medical appointments, food pick-up, outdoor exercise (at a distance of 6 feet from other people), and helping care for family members, according to The Tennessean.

The cities of Memphis and Germantown also issued stay-at-home orders on March 23, which are set to go into place on Tuesday, March 24, according to WMC5. Knox County,

On Thursday, March 12, Gov. Bill Lee declared a state of emergency, which allows the state to mobilize resources to fight the pandemic, as well as making the state eligible for federal emergency funding. On Monday, March 16, Lee recommended that all school districts across the state close their doors until at least March 31. On Tuesday, March 24, he extended the closures until April 24.

Many large events around the state have been cancelled or postponed. On Wednesday, March 18, organizers announced that the Bonnaroo music festival will be rescheduled for late September.

Unemployment claims in the state rose 1,300% in the week ending with March 21 compared to the week before, The Tennessean reported on March 25.

On Tuesday (March 17), Lee announced relief measures to help those who have lost employment due to the coronavirus in Tennessee, including payments of up to $1,000 a month for families through the Temporary Assistance for Needy Families program, according to The Tennessean. On Thursday (March 19), the governor signed an executive order relaxing numerous state regulations, including extending expired driver's licenses to cut down on visits to the Department of Motor Vehicles.

Tennessee officials announced on Thursday that the state has ordered an additional 570 ventilators, to be distributed to counties according to need, in order to prepare for a potential influx of patients. Testing remains a struggle in the state. On Thursday (March 26), The Tennessean reported that three drive-up testing sites set up by Nashville's coronavirus task force are sitting idle, as officials can't get swabs to conduct the tests.