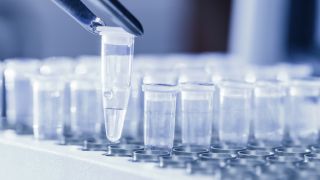 The city of Wuhan, China, where the COVID-19 outbreak first emerged, recently launched a campaign to test every one of its 11 million residents for the virus.

Already, less than two weeks into the drive, the city has tested about 6.5 million residents, The New York Times reported May 26. But how could so many people be tested so quickly?

In addition to recruiting thousands of health care workers and supporting staff and pouring hundreds of millions of dollars into the campaign, the city has promoted the drive via fliers, social media posts and loudspeaker announcements; Wuhan also ramped up its diagnostic testing capacity by pooling samples from different people together and processing them in small batches, according to the Times.

U.S. cities could adopt a similar "pooled testing" strategy to screen many residents at once and keep abreast of new waves of infection — but the approach only works as long as the overall prevalence of COVID-19 remains low, experts told Live Science.

Related: Coronavirus testing is ramping up. Here are the new tests and how they work.

"If you're surveilling a low prevalence population, it's a very effective way of finding outbreaks," said Dr. James Zehnder, director of Clinical Pathology at Stanford University School of Medicine. "I hope that the FDA [U.S. Food and Drug Administration] is supportive of implementing this widely."

After about a month with no newly confirmed cases of COVID-19, Wuhan reported six new cases during the week of May 14, The New York Times reported. Soon after, the city government announced its plans for a swift and widespread diagnostic testing drive, aimed at snuffing out a potential second wave of infection. While some experts questioned the need to test the majority of Wuhan's 11 million residents, when a smaller sample might suffice, the extensive testing drive still demonstrates the utility of pooled testing, according to the Times.

Namely, the technique allows many diagnostic tests to be processed in a short window of time, and with minimal testing materials, experts told Live Science.

"When an outbreak starts, it spreads quickly" — too quickly to catch if you're only screening people with overt symptoms of COVID-19, said Peter Frazier, an associate professor and data scientist at Cornell University, whose lab is modeling how best to implement pooled testing in the U.S. Given that asymptomatic people may spread the virus through breathing and talking, by the time symptomatic people begin seeking diagnostic tests, the outbreak may be well underway.

But with pooled testing, a given population can be screened for COVID-19 periodically; that way,  so-called silent spreaders can be identified and isolated, and their recent contacts can be alerted of potential infection, Frazier said.

"It's hard to have a scenario where you're testing every single person in a population," but the strategy could be particularly useful for screening high-risk groups, Zehnder said. Schools, nursing homes and correctional facilities, as well as populations of health care workers and first responders, could implement a schedule of pooled testing to spot outbreaks before they run out of control, he said.

For pooled testing in Wuhan, health care workers take swab samples from the noses and throats of several people and deposit the samples in a single plastic tube, the Times reported. The batch of samples can then be scanned for evidence of viral genetic material using a method called polymerase chain reaction (PCR).

If the whole test tube tests negative, all the swabs within can be considered negative for the virus; if the tube tests positive, swabs included in the pooled can be retested individually to determine which specific sample contains viral particles. A portion of each swab sample usually gets reserved for the purpose of retesting, so people don't have to return to the test site to be swabbed a second time, Zehnder said.

To ensure that the results of the pooled tests are as accurate as possible, labs must carefully consider how many samples to include in each batch, said Chris Bilder, a statistics professor at the University of Nebraska-Lincoln whose lab studies the use of group testing for infectious diseases, including sexually transmitted diseases.

The ideal "pool size" — number of swabs in each pooled sample — largely depends on the prevalence of disease in a given population, Bilder said. If a high proportion of the population has COVID-19, many pooled tests would come back positive and require further processing. At a certain point, pooled testing ceases to be efficient and the lab must revert to standard, individual testing, he said.

For example, in March, the Nebraska Public Health Laboratory received approval from the FDA to use pooled testing for COVID-19, as long as the positive test rate remained below 10% and pooled samples included no more than five swabs each, Scientific American reported. Bilder and Brianna Hitt, a recently graduated doctoral student in his lab, developed an easy-to-use app that helped the lab determine what pool sizes would work best given those parameters.

Originally designed with STD screening in mind, the app can be repurposed toward COVID-19 diagnostic testing, Bilder said. The app takes disease prevalence and test accuracy into account to determine what range of pool sizes would be suitable. In addition, users can compare different methods of pooling to see which works best for their particular sample, he said.

"The lower the prevalence, the higher the pool size that you can use," he said.

Say you're testing 100 people and disease prevalence is 5%; with standard testing, you'd use 100 tests to test everyone and spot an average of five active infections. With pooled testing, you can lump swabs into groups of five and only use 20 tests in the process. Even if five groups came back positive and required retesting, you would only use 45 tests total as compared to 100.

In addition to disease prevalence, labs must consider a phenomenon called "the dilution effect" when determining pool sizes, Frazier said. PCR machines can process only so much fluid at one time; the larger the pool size grows, the smaller the proportion of fluid contributed by each swab becomes, he said. As a positive swab will contain a finite number of viral particles, enlarging the pool size can lower your chances of spotting those few particles in a batch sample, he said.

This dilution effect "sets the ceiling" for your pool size, and "below that ceiling, the right pool size is based on [disease] prevalence."

To double-check for false results, pooled tests that come back negative can be redistributed in slightly larger pools and run through PCR once more, a process known as "back-screening," Bilder said. Another method to ensure accuracy, currently being verified by Frazier and his collaborators at Cornell University, pools samples in a grid of columns and rows of test tubes. If both a column and row among the samples tests positive, the tube at their intersection should contain a positive swab test common to both.

Could it be done in the United States?

Pooled testing first surfaced during World War II, when military personnel received widespread testing for syphilis, Scientific American reported. Since then, the approach has been used to screen for a variety of diseases, including HIV, chlamydia and malaria.

Before pooled testing can be implemented widely, each proposed protocol must first gain approval from the FDA, Frazier added. Despite this potential regulatory hurdle, the fact that the Nebraska Public Health Laboratory gained conditional approval suggests a precedent for future pooled testing, he said.

Beyond developing the protocols and earning FDA approval, labs wishing to conduct pooled testing must assess "who should be tested and how often," Zehnder said. Again, high-risk groups might be prioritized for more frequent testing, while representative samples from the broader population could be collected less frequently in comparison, he said. Whether effective containment of the virus requires testing populations every three days, once a week or twice a month, will likely vary by location and relative need, he said.

And although pooled sampling does help conserve testing supplies, a robust infrastructure must be in place to organize the gathering of samples and distribution of results, Zehnder added. "The simplest way is if people can swab themselves and then mail it in," thus avoiding a potentially risky trip to a physical testing site, he said. Once the samples can be gathered and processed, there must be a way to use that information to guide a public health response, which would include tracing potential infections and isolating positive cases in the community, he said.

"This is the conversation people need to be having as the economy begins to open up," he said.